As Bayelsa prepares for AMAA 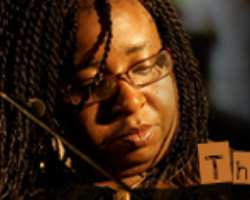 The politics of Bayelsa State since the return of civil administration in 1999 till date could be described as the most vicious. The state has hardly been in peace since party politics and politics of resource allocation and control became the major item in the country.

The most annoying part of this fight for the soul of Bayelsa is that it is not about the people and their needs. It is an ego war between the major political actors who have balkanized the oil-rich state into such enclaves as Timi Sylva camp, Timi Alaibe camp, Goodluck Jonathan camp, Diepriye Alamieye-seigha camp, etc.

In terms of infrastructure, the state should rank as one of the most backward in Nigeria. Most Bayelsans, as far as I know, still rely on streams to get water to drink. Except for Yenagoa, the capital that is gradually wearing a new look, other parts of the state are still largely in their pristine form. No good roads linking the communities, no good schools for the teeming youths to attend and for more than 10 years of civil rule, Bayelsa can only pride itself as a fiefdom of one big man or the other.

It has been alleged by various groups in the state in paid advertorials in national newspapers that the current siege in Bayelsa is a power contest and fight for relevance between Acting President Goodluck Jonathan and Governor Timipre Sylva. Which-ever way one looks at it, it is obvious that the state does not need this negative press. In about 10 days from now, Bayelsa will host the 6th edition of the African Movie Academy Awards, an award that has been hosted in the state in the last six years.

According to the organisers of the awards that have over 42 African countries participating, about 10,000 visitors including Nollywood celebrities, film makers, Hollywood actors and other entertainment and cultural icons from Nigeria, Ghana, Senegal, Burkina Faso, Algeria, Egypt, South Africa, Uganda, Kenya, United States, Caribbean, etc., will be attending.

Apart from its oil resources which, incidentally, have also brought about militancy as a result of the criminal neglect of the Niger-Delta region, AMAA is probably the only thing that has projected the image of the state positively to the rest of the world. Again, the global media will focus on the state in the build-up to the event.

Bayelsa, according Governor Timipre Sylva, is a state that is hardly visited by anybody, yet it has the longest beach in Nigeria and other alluring tourist locations that should make it a destination of choice for local and foreign tourists. Ex-Governor Alamieyeseigha probably knew its status as a backwater state when he decided to make it the official host of AMAA awards. It was a strategy to bring people to the state, having become a pariah because of militancy and kidnapping, among other menaces.

The strategy worked, as thousands of foreigners and Nigerian celebrities have been coming to the state, at least during AMAA, without any security breach. Film makers now visit the state to shoot movies, while hotel business is growing very fast there. The fact that the successive state governments have seen the socio-economic value of hosting an event like AMAA is a plus to continuity in governance.

One would have expected that all the stakeholders in the state and those in Abuja would work together to harness the potential of the state in all sectors to make it the true glory of all land.

The perceived face-off between Sylva and Jonathan was reportedly due to the alleged opposition of the governor to the emergence of Jonathan as the Acting President. The governor has denied the charge of opposing his fellow Ijaw brother. Whatever it is, I think the common good should prevail in this situation. Jonathan should stand up now as the father to all in the state and in Nigeria as a whole, having emerged as the incumbent Nigerian leader.

It will do his acting presidency no good if his state of origin is in turmoil. He should advise his supporters and those of other contending forces on the need to embrace peace and harmony for the overall development of the state.

For the governor too, this is the time to cooperate with the acting president by seeking how the next one year will be beneficial to the state in terms of infrastructural development. No sane governor should wish away the awesome power of the presidency and the Federal Government in a country as ours to influence developmental projects for a state in dire need of massive development in all spheres.

As Bayelsa prepares to host the 6th edition of AMAA, the political actors should avoid any thing that could provoke security scare. As South Africa is assuring the rest of the world that all is well and reeling out information on her state of preparedness for the World Cup in June, I expect Bayelsa to use the remaining days ahead of AMAA to assure the rest of Nigeria and Africa that all is well.