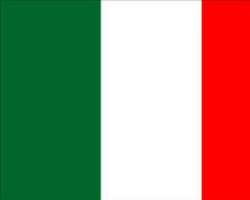 Italy is a “potential target” for Islamic terrorists because of its “symbolic value as the epicenter of Christianity”, Italy’s intelligence services told parliament Friday.

But as yet no “activities or plans” by Islamic terror groups to conduct attacks have been uncovered, officials added.

Their warnings follow previous Islamic State (ISIS) threats that their jihadists had the Vatican and Pope Francis in their sights.

ISIS has even published photoshopped images of its black flag flying over a conquered St. Peter’s Square, although Vatican officials have steadfastly said that they aren’t aware of particular threats to centre of the Catholic faith.

Images of the destruction of the Colosseum have also been posted by ISIS.

Italy, and Europe as a whole, has become more concerned with threats from ISIS as jihadists gain ground in northern Libya not far from the Mediterranean coast, and alarmingly close to southern Italy.

Some fear that ISIS could use Libya, which is currently being torn apart by civil war with two rival governments, as a staging ground for attacks in Italy and further north into the rest of Europe.

Italy “is ready to do its part in Libya,” but within the context of measures led by the United Nations, Foreign Minister Paolo Gentiloni told the Lower House earlier Friday.

But that does not mean that Western nations were planning to return to medieval Crusades against Islam, he added.

Rather, they only want to assist troubled states like Libya in establishing freedom and democracy.

“From our side, there is no crusade nor adventures, there is the consideration of the fact that we must fight to defend democracy and freedom,” said Gentiloni.

“Italy will do everything to defend its security, counteracting this barbarism,” from ISIS terrorists.

Still, the Italian peninsula could become a “fallback” post for extremists returning to Europe after fighting alongside ISIS and other extremist groups in Iraq and Syria, Friday’s security report said.

It added that agents have recorded a “significant increase” in the flow of aspiring combatants from Europe to the Middle East in 2014.

At least 3,000 fighters left from Europe, including over 500 from the Balkans. “The specific threat to Italy must be evaluated not only in terms of sporadic national cases but also and most importantly…the possibility that extremists who left for Syria from other European countries could fall back on Italy,” the report said.

Meanwhile, intelligence agents said there is also a risk of attacks in Italy and Europe from the wives, girlfriends, and other female relatives of ISIS combatants who are “attracted by the heroism of their menfolk”.

Their report to parliament described “a new generation of jihadists” is growing in Europe. They are young, often experts in computer science, and with little doctrinal training, according to the report. The European Union is “permeable to proselytism and recruitment” and “there are multiplying signals of the ideological cooptation of aspiring mujahedeens,” the report said. -ANSA.