University Of Cape Town, South Africa, And The Centre For Drug Research And Development, Canada, To Collaborate
By University of Cape Town Graduate School Of Business 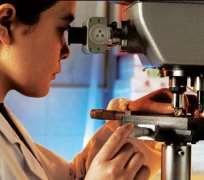 The University of Cape Town (UCT) in South Africa and The Centre for Drug Research and Development (CDRD) in Canada have signed an international affiliation agreement which will enable UCT's Drug Discovery and Development Centre (H3-D) to collaboratively advance, translate and ultimately commercialise health research discoveries made at UCT. This new trans-Atlantic partnership provides the two organisations with a well-defined and effective mechanism to combine their complementary infrastructure and expertise.

As getting new drugs and other therapeutic products to the market becomes more and more challenging and the associated costs and risks increase, it is important to find unique new partnership models that enable innovative ways of collaborating. Such collaboration will make it possible for the various players — from academic institutions and government, to translational research organisations to foundations and industry around the world — to find new ways to effectively remove the risk from new technologies, to leverage resources and to fill the gaps in the development continuum. These objectives are all specific aims of the new partnership between H3-D and the CDRD.

Professor Kelly Chibale, Founder and Director of H3-D, said: “This partnership with CDRD is an important step towards H3-D's vision, which is to focus African-based knowledge to discover and develop clinical candidates for both communicable and non-communicable diseases relevant to African people, through local and international partnerships. CDRD is an outstanding example of what H3-D is aspiring to become in terms of initiating projects, adding value to them and enhancing the created value.

This can attract partnerships at appropriate stages along the value chain and increase prospects for commercialisation of generated intellectual property. The partnership with CDRD will further enhance and accelerate H3-D's contribution to the development of the bio-economy of South Africa; and to create local, scientific employment.”

Ms Karimah Es Sabar, President and CEO of CDRD, commented: “Although CDRD has a national mandate as Canada's fully-integrated national drug development and commercialisation centre, we are highly cognisant of the need for global cooperation and partnership in bringing new innovative therapies to patients. UCT is amongst the most highly-regarded universities not only in Africa, but in the world, and its investigators have made an enormous impact on and contribution to health research worldwide. We are therefore elated to be able to include UCT in our global network of affiliated academic institutions which now spans eight countries on five continents.”

About the University of Cape Town's H3-D
H3-D was founded in 2010 at UCT, the oldest university in South Africa and consistently ranked as the highest in Africa. H3-D officially opened its doors in April 2011, with the goal of creating the leading drug discovery and development platform in Africa. H3-D is Africa's first modern fully integrated drug discovery centre and the only one of its kind on the continent.

The vision of H3-D is to deliver clinical candidates for communicable and non-communicable diseases relevant to Africa where there is an unmet medical need. In 2012 the first compound discovered by H3-D in partnership with Medicines for Malaria Venture (MMV) was approved by MMV as a preclinical anti-malarial development candidate and is now in Phase I human trials.

Under the scientific leadership of Professor Chibale, the group has been active in malaria and tuberculosis drug discovery for the last four years and is now expanding into other therapeutic areas such as cardiovascular disease and fibrosis. It currently comprises 40 scientific staff members in the areas of medicinal chemistry, biology as well as Drug Metabolism and Pharmacokinetics. H3-D has the necessary infrastructure to conduct integrated drug discovery projects to deliver clinical candidates. For more info visit http://www.h3-d.uct.ac.za/.

About The Centre for Drug Research and Development, Canada

The Centre for Drug Research and Development (CDRD) is Canada's fully-integrated national drug development and commercialisation centre, providing expertise and infrastructure to enable researchers from leading health research institutions to advance promising early-stage drug candidates. Our mandate is to de-risk discoveries stemming from publicly-funded health research and transform them into viable investment opportunities for the private sector — thus successfully bridging the commercialisation gap between academia and industry, and translating research discoveries into new therapies for patients. Canada's Networks of Centres of Excellence Program has recognised CDRD as a Centre of Excellence for Commercialization and Research (CECR). For more info visit www.cdrd.ca.