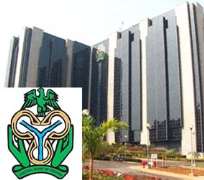 Essentially, the action has conferred on the interbank market activities the power to determine the exchange rate value of the country's legal tender, which could end of the official exchange rate band pegged at N168 to N176 during the last devaluation of the currency.

The move, according to CBN, was aimed at averting the emergence of a multiple exchange rate regime and preserve the country's forex reserves, which has plummeted in recent times.

According to CBN, the float exchange rate regime, which it adopted following the liberalisation of the forex market, has been majorly successful in ensuring stability in line with its mandate.

In a statement signed by the bank's Director of Corporate Communications Department, Ibrahim Mu'azu, henceforth, all demand for forex should be channelled to the Interbank Foreign Exchange Market.

The apex bank however, noted that with the sharp fall in the global oil prices and the resultant decline in the country's forex earnings, it observed a widening of margins between rates in the Interbank market and the official window- rDAS.

This, it added, engendered undesirable practices, including round-tripping, speculative demand, rent-seeking, spurious demand and inefficient use of the scarce forex resources by the economic agents.

'This has continued to put pressure on the nation's foreign exchange reserves, with no visible economic benefits to the productive sector of the economy and the general public. In view of the foregoing, it has become imperative that appropriate actions be taken to avert the emergence of multiple exchange rate regime,' the statement added.

The apex bank however, assured all authorised dealers and the public that it will continue to intervene in the Interbank Foreign Exchange Market to meet genuine and legitimate demands.

The foreign exchange volatility against the naira also led to the emergence of the RDAS, replacing the WDAS, as a measure against alleged frivolous demand for forex, notably among authorised dealers.

Recently, CBN unveiled measures to contain the demand-induced pressure on reserves by streamlining items that would be funded at its official window and a verification procedure for forex demand before it could be granted.

A renowned economist and Managing Director of Financial Derivatives Limited, Bismarck Rewane, described the development as commendable, as the measure would now make naira to be convertible and acceptable across the borders of the country.

He pointed out that there will be more naira available for governments at various levels, as well as the availability of the dollar, which will allow the naira to compete favourable and consequently, find its appropriate value.

'The situation is not bad at all. We are only having a naira adjustment. We have moved from control to auction and now tending towards convertibility. Whatever the naira is priced now is the real value of the currency. There is nothing again like exchange rate band. The N168 official exchange rate is now gone and I am sure that the speculations will be over now,' he said.