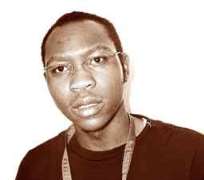 If the news conference organised by the Sigma Club to announce the return of Havana Carnival is anything to go by, then participants should look forward to a fulfilling time at the event which holds between April 7 and 23 at the University of Ibadan.

It was difficult to keep a straight face at the event as comedian, Gbenga Adeyinka 1, the compere and who would act in the same capacity at the carnival, dug into his humour bag and dished out rib cracking jokes.

Havana Carnival, which came into existence in 1955, has been off the scene for 12 years. An old Sigmite and Vice President/Head of Consumer Sales, FCMB, Mr. Lamidi Olatunji, explained that both the economy and the crises in Nigeria's tertiary institutions made them to yank off the carnival from the club's activities for so long.

However, concerted efforts by stakeholders including the Sigma Foundation - an institution of Sigma Club - and sponsors including the telecommunications company, MTN, Afribank Nigeria, FCMB, and others have seen to the return of the carnival. 'Havana Carnival is back for better. It is back to stay,' the Sigma Chief, Mr. Laolu Banjoko, declared at the event.

The President, Federation of African Nutrition Societies who is also the President of Sigma Foundation, Prof. Tola Atinmo, said that the music carnival which went off the scene due to logistic reasons was instituted for both charity and entertainment purposes.

'Havana Carnival has over the years, become the biggest musical carnival in any Nigeria campus. The carnival has been in existence since 1955 and it is the oldest event of such pedigree in the history of Nigerian tertiary institution. It is aimed at inspiring the youth positively and giving back to the society. Also, it comes with inculcating into the youth, the values of discipline, courage, care and unity,' he said.

However, the carnival, which is being marketed by ZMC Marketing and Communications, will not be an all music affair as there will be a mentoring and interactive session to be hosted by the Vice-Chancellor, University of Ibadan, Prof. Olu Bamiro on April 7.

Other events include the Walk/work for Life - where students will not only help in cleaning drains and painting old buildings, but will also help in creating awareness on climate change and planting of trees.

The highpoint of the event - the Havana Carnival Concert and Miss Havana pageant will hold on April 23 at the Trans-Amusement Park, Agbowo-Bodija, Ibadan.

Senior Manager, Youth Segment/Consumer Market, MTN, Mrs. Sherry Eromosele, said that her nine year old company is partnering the Sigma Club to resuscitate the carnival in order to 'give back to the society. We saw Havana Carnival as a means to reach out to the youth segment of the society,' she said.

According to the Corporate Affairs Manager, Afribank Plc., Mr. Moshood Isamotu, the bank promotes worthy causes and Havana Carnival is an avenue to realise the bank's new vision. 'We now have a new focus – growing and empowering Nigerians,' he said.