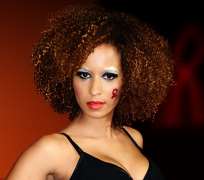 Enfield's prospective Parliamentary Candidate, Chief Kate Anolue, who is also former Mayor of the London Borough of Enfield, will officiate at a Training Workshop for the youth in Enfield to become HIV/AIDS Peer Educators and Supporters. The workshop will be held at the Green Towers Community Centre in Edmonton on Saturday 21st February 2015.

The Training Programme has been organized by POSITIVE RUNWAY: Global Catwalk to Stop the Spread, an HIV/AIDS response campaign that aims to bridge the gap in the efforts to stop the spread of HIV/AID by speaking the same language as the young generation and utilising mediums that grab and hold the attention of young people, in order to get the message across. The Campaign works with the youth including models and beauty queens, as influential advocates in the fight against the spread of HIV/AIDS.

“As new infections continue in young people, it has become necessary to find innovative ways that address the HIV/AIDS pandemic, and to employ a discourse that is appropriate to the 21st Century young generation. Having models and beauty queens as peer educators takes away the stigma that is attached to HIV/AIDS”, says Justina Mutale, Founder & CEO of POSITIVE RUNWAY

The Training Programme has been funded by the Big Lottery Fund and will be provided by POSITIVE RUNWAY in association with the African Eye Trust. The Programme forms part of a multi-sectoral approach to get young people to contribute to the fight against the spread of HIV/AIDS. The models and beauty queens will be trained as Peer Educators. The Training Programme includes HIV Prevention; HIV Transmission; HIV Treatment; and community outreach work.

At the end of the Training Programme, the trained models and beauty queens will be equipped with the necessary knowledge, information and skills to be able to identify the common symptoms of HIV; how to avoid HIV Transmission; as well as the Prevention and Treatment of HIV/AIDS.

The trained models and beauty queens will become peer educators, who will be involved in community outreach work, where they will raise awareness and sensitize communities about HIV/AIDS, especially during community events in the Borough of Enfield and elsewhere in London.

“Young people are an important and fundamental fabric of society. For our communities to survive and thrive, we need to empower our youth. This training is necessary for our community in Enfield to fight the spread of HIV/AIDS in our young generation and society at large”, says Kate Anolue

Throughout her term as Mayor of Enfield, Kate has been involved in the community and working with the youth. She founded “TenderCare” a charity that carters for teenage mothers and fathers as well as widows and lone women. Kate has raised funds for Sickle Cell, disabled children and young people leaving care. She has also been an adviser at POSITIVE RUNWAY and has worked with some of the youth that will be attending the HIV/AIDS Training Programme.

Kate has been shortlisted as one of three of Labour Party's prospective Parliamentary candidates for Enfield. Mr. Andy Love, the current Member of Parliament for Enfield has decided to stand down at the forthcoming elections scheduled for 7th May 2015, thus sparking a succession contest in Enfield.

Elected Mayor of Enfield during the 2012/13 year, Kate was conferred with an Honorary Freedom of the Borough of Enfield in April 2007. This is the highest tribute that can be bestowed upon someone who has rendered eminent services to the community and was awarded in recognition of her services that included being a local Councilor for 12 years.

Kate was recently honoured in the Top 10 African & Caribbean Women in the UK for continued selfless service to the community. KATE ANOLUE - AS MAYOR OF ENFIELD