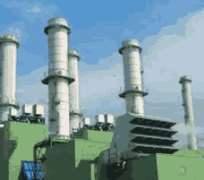 Chief Operating Officer, Oando Gas & Power, Mr. Bolaji Osunsanya, says investments in the gas industry should be propelled by the private sector if the abundant resource in the sector is to be effectively harnessed and sustained for national growth and prosperity.

Osunsanya, who listed paucity of funds, regulatory problems and absence of infrastructure as some of the problems bedeviling the gas sector, said it was imperative the sector be reformed in such a way that opens it up for greater participation of private investors- and their ability to recoup their investments.

Only the opening up of the sector, would attract the requisite funding for projects hitherto left fallow, Osunsanya said.

'Our gas industry (upstream, midstream and downstream) must be opened up to the international investing community,' said Osunsanya.

'This will in its wake enhance the visibility of the domestic gas industry to cheaper international financing required for the scale we envisage. And the pre-requisites are bankable counterparties, enforceable contracts, and necessary sovereign risk guarantees.'

'All existing and subsequent investments in gas projects must be driven by the private sector. This is consistent with ongoing reforms in the telecommunications industry with the attendant gain visible to all.'

'Government must come up with a clear programme for privatising its existing footprint in the industry in the shortest possible time-frame. Only then can we enjoy the benefit of efficiency and scale,' he added.

Osunsanya also spoke on the company's gas projects, especially the natural gas pipeline network infrastructure designed to connect more homes and industries to the use of natural gas.

Excerpts:
Gas influence on industrialization
Natural Gas is the key driver to industrialisation. On account of both its obvious cost advantage and environmental-friendliness, natural gas will continue to play a dominant role as has unfolded historically in most developed economies. Gas-based industries are known to locate where you have an abundant occurrence of gas and by so doing have a multiplier impact on the domestic economy.

In Nigeria, only a paltry 3% to 5% of our domestic gas consumption is directed at industrial activities other than power generation. Little wonder our industrial progress is stunted. There must be a conscious effort at encouraging gas-based industries (i.e. fertilisers, methanol, petrochemical, etc), and other associated industries to achieve the scale of industrialisation that matches our growth aspirations.

The gas – development linkage is clear. In Nigeria however, there are challenges facing the realisation of the full gas potential which can largely be attributed to a number of factors which includes, commerciality, infrastructure disconnect, funding, security, policy and regulatory issues, overbearing government participation, reserves manifestation pattern, etc.

Gas pricing & commerciality problems
The suppliers of gas (especially AG), particularly the international oil companies (IOCs) have openly protested the methodology for arriving at the consideration for gas. They are not incentivized by the separation of oil and gas revenues and the introduction of a different fiscal term that makes investment in gas inferior to oil.

The disparity between liquefied natural gas (LNG) prices and aggregate domestic prices (PHCN effect) is also a dis-incentive for gas producers to invest in gas gathering and processing infrastructure for the domestic market. International oil companies (IOCs) would rather channel the cheaper and volume prolific gas to the more profitable LNG market, than invest in non-economic associated gas solutions for domestic market supply.

In the domestic gas market, the price paid to the upstream producers for gas is not commercially attractive enough to compensate the production risk they bear, hence their continued apathy towards the domestic market.

The predominance of a non-bankable counterparty in PHCN worsens an already fragile commercial arrangement.

Infrastructure disconnect
The domestic gas market is still largely underdeveloped with demand being constrained by inadequate supply infrastructure. This is largely a result of the way the market developed over time. We have less than one thousand kilometers of domestic gas pipelines as against a potential 10,000km if the national gas grid plan were to be actualized. Today, it is clear that the south-south/east is supply-rich while most of the market exists in the west and northern parts of the country.

The lack of interconnecting pipelines between these areas of the country creates a problem. Due to the haphazard evolution of supply, flexibility and scalability of infrastructure is a major issue. Clearly, a move towards open access and collective development of infrastructure would better optimize gas infrastructure. Also, an integrated pipeline would provide the linkages between the various markets as well as the required penetration across country.

Funding problems
Gas projects are typified by huge capital requirement, heavy front loading and are inherently risky. The major gas supply projects in Nigeria have hitherto been carried out by the government and their Joint Venture (JV) partners. These JV funded projects have suffered delays and outright cancellations as a result of low levels of agreed funding and the inability of government to provide counterpart funding in a timely fashion. Of recent, there has been increased government funding for domestic gas supply projects on a ring fenced basis.

The export focused gas projects (LNG) have typically attracted offshore financing of right. Conversely, investment in gas supply and infrastructure for the domestic market has been constrained by the non-commerciality and absence of bankable counterparties for these deals. Furthermore, the capitalization of the local financial institutions, even at N25billion per bank, remains inadequate to finance the scale of investments in the gas sector. Where available locally, there are significant tenor and instrument mismatches.

Regulatory inconsistency
The prolonged absence of a holistic enabling regulation for the gas sector has been the bane of its development. There have been several attempts at refining the regulatory framework for the industry but these attempts have at best been inconclusive. As we speak, it is still unclear what the exact fiscal terms operating in the industry are.

The government should encourage an appropriate investment climate in the sector. This can only be achieved when policies and regulation are broadly discussed, stable and consistently implemented by the executors. We can only hope that the ongoing petroleum industry bill (PIB) process achieves these ideals. Furthermore, policies should encourage pragmatic follow-through using a mix of attitude-changing incentives rather than strict sanctions alone. This must be the principle in dealing with the gas flares-out issue.

Gas utilization in Nigeria remains very low with over 35 per cent of produced gas flared and approximately another 20 per cent re-injected into reservoirs for production optimization as at 2008. The remainder is channeled into various uses such as oil company operations, sales to downstream customers and liquefied to be exported as liquefied natural gas.

The way forward
The PHCN successor companies must be privatised to improve their bankability. This potentially would close the demand weakness, as PHCN is presently the predominant domestic gas consumer.

There is a need to make clear and fast track the regulation that assures third party access to collective gas supply infrastructure. Beyond the gas transmission backbone addressed by the gas master plan it should be possible for capable and willing investors to freely build, and operate connecting infrastructure that assures gas flow to the last mile customer throughout the country. Oando Gas & Power on this score is relentless in investing significantly in gas distribution pipelines and other infrastructure that will enable all industrial customers in Nigeria to have access to gas for various usages. We are committed to building at least 100km of gas pipeline every other year as we aspire to build the nation's gas distribution grid.

Going forward, all existing and subsequent investments in gas projects must be driven by the private sector. This is consistent with ongoing reforms in the telecommunications industry with the attendant gain visible to all.'

Government must come up with a clear programme for privatising its existing footprint in the industry in the shortest possible time-frame. Only then can we enjoy the benefit of efficiency and scale.