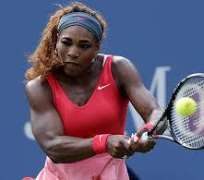 Serena Williams won her 19th Grand Slam title, continued her unbeaten run in six Australian Open finals and extended her decade-long domination of Maria Sharapova with a 6-3, 7-6 (5) win on Saturday.

After celebrating prematurely on her third match point, letting her racket go after serving what she thought was an ace but learning that it was a let, top-ranked Williams took a deep breath and fired another ace — her 15th of the set and 18th of the match — to seal it.

This time, the celebration was real. She jumped around like a little child, bouncing up and down, before shaking hands with Sharapova at the net. Yahoo