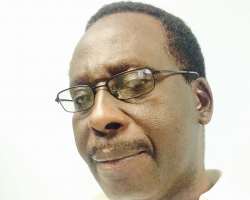 Disclaimer: "The views/contents expressed in this article are the sole responsibility of Bayo Oluwasanmi and do not necessarily reflect those of The Nigerian Voice. The Nigerian Voice will not be responsible or liable for any inaccurate or incorrect statements contained in this article."
Articles by Bayo Oluwasanmi
6-4-2015  Epilogue To Jonathan Years: Voting Is The Best Revenge25-1-2015  Prelate Samuel Chukwuemeka Uche: A Prelate For Hire3-7-2013  160 Million Dumb Nigerians