FG reduces pump price of Petrol to N87 per litre 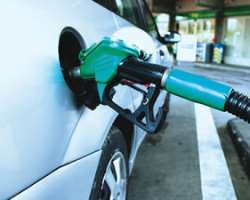 The Federal Government on Sunday announced a reduction in the pump price of petrol by N10 from N97 to N87 per litre.

According to Alison-Madueke, the reduction, which took immediate effect, was because of the recent drastic fall in the prices of crude oil in the international market.

The minister further directed the Petroleum Products Pricing Regulatory Agency and the Directorate of Petroleum Resources to immediately effect the change.

'As you may be aware, there has been a lot of volatility in the price of petroleum products, particularly crude oil, over the last few months. Invariably, this has meant that the price of the product in Nigeria has also been greatly impacted.

'It is as a result of this, under the approval and directive of Mr. President and in line with Section 6 Clause 1 of the Petroleum Act, that it is my responsibility as the minister of Petroleum to announce that there will be a reduction in the pump price of petrol (Premium Motor Spirit) by N10.

'Therefore, the reduction will be from N97 per litre to N87 per litre effective as from midnight, Sunday January 18, 2015.

'In line with this, I have directed the Petroleum Product Pricing Regulatory Agency and the Directorate of Petroleum Resources to ensure that there is strict adherence to this new pricing regime as soon as it takes effect from midnight Sunday, January 18, 2015.

'I do hope the entire country will benefit immensely from this reduction in the pump price of petrol,” she said.

The minister said the Federal Government had been watching events carefully in the last two weeks to ensure that volatility did not destabilise the reduction in price.

She said the government had found it safe to implement the reduction at this time.