What I See: I See That Willie Will Succeed 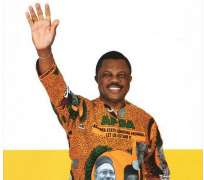 It has become urgent to disburse the mind of coterie of disgruntled elements who from the sidelines of events, especially men of the vestiges of the past administration, have continuously wished and prayed for the crumbling of the present government in Anambra State, but little did they know that the present administration is not only formidable in earthly foundation, her mission is in line with the eternal mission of things even of all things that there are. Let me say it ones and for all: Willie's administration is in line with the spirit of the time.

There are things that I see in Willie that informed my avowed assertion, one: “Sincerity”. From the time of the military till the end of the administration before Willie's, our commonwealth have sadly been entrusted to wrong people, men who have not for ones, as their actions depict, spared a moment and consequently believed that Igboland must be expanded in all spheres. This value, ladies and gentlemen, must not be neglected. It is the spur of all things in this respect. Even Hitler in all his dictatorial demonism loved Germany and wanted to expand her coast. Love for fatherland is the foundation of survival of nations and countries and this love cannot but breed honesty, an attribute of which the current managers of Anambra State are richly in endowed with.

It is therefore laughable when people envisage that the present government of Anambra State will not meet its target. I do not make bold to say that my truth is all of the truth. But let the Thomas's of this world who their skepticism is not informed by any genuine argument even a bit of the sophistry of masters of fallacy be in the know that Willie's approach unlike the administrations before him is systematic as regards to what it wants to do for the people. Willie unlike the past has a definite blueprint of what it wants to achieve for Ndi Anambra.

APGA, a system that I can now attest to be independent of the hegemony of the Oligarchy that has held Nigeria, for many years, under hostage. The government of Anambra State is APGA led and as such do not depend on the PDP Abuja who in the past had held the state to ransom. The present administration is therefore free from “if I do this good thing for Ndi Anambra, Abuja will query me”. It is therefore only Ndi Anambra that will query Willie in his failure and not the Abuja men. Thus the mind of the Governor as can be perceived is that of a man who knows that Ndi Anambra shall in the final day demand “my report card”.

Willie is sound in the mind and with a PhD holder as Deputy; a senior University Don for that matter, succeeding is, for me, a fait accompli. When I say that Willie is sound in the mind I mean that Willie unlike the immediate past king has a perfect sense of judgment. Willie is not such a man that will see a hungry man and instead of providing him with a meat just for immediate survival before perennial stability tell him to go and work or tell him to be patient or like the unenlightened preacher tell him that man shall not live by bread alone. Willie will reason that there is a context even for all things. Willie knows that it is not true that we should forget about earthly economy and hope only on heavenly stocks where no moths shall enter.

Willie is intellectualistic. When the sages of the past demanded that the ruler must be a man who has passed through philosophy either by profession or training or even by acquaintance, they were far from being in error. Even so Willie did not measure in the aforesaid area Willie has shown that the sage's insistence that the intellectual should rule is no doubt a sound and eternal report. Willie like the philosopher or the intellectual approaches every matter with an open mind wielding the only weapon and tool of philosophy called logic. With this he probes into the facts presented. Very many can attest to this character of the present Governor of Anambra State.

Willie is Religious. In the jet age there are multitude of manifestations of confusion and ignorance. The mundane appears to be the only truth. The sacred have been totally jettisoned. But Socrates's exclamation many years ago remains a truth eternal: that wisdom and virtue is of the Gods. The complexity of existence, weakness of men, and the relativity of knowledge leave men at the mercy of the beings of the beyond. The truth remains that whether “jet men” like it or not truth, power, protection, health and knowledge lie in the hands of the Eternal Lord of Ages. Willie believes so strongly in this.

The traducers continue to say: this man is excessively kingly: he has praise singers, chair leaders, cohorts if you prefer. They do not know that this king is the true king. That kingship has trait. Christ did not leg into Jerusalem. He had to climb a donkey to journey into Jerusalem. He is in the know that He is a King. He is the kind of king we want for he is the true king. The institution of kings from the beginning of kingship is that way. Yes we want a man to govern us and, in doing this, he must manifest the powers and the authority therein. The institution of the king made it so. We want him to be our earthly commander, of the land and of our territorial waters. Very important: in the trouble times such kings shall be a bulwark, his aura, a defense for the city of Jerusalem.

Having said all these, a question seminal to the matter under contention remains unanswered: what did I see? I see Anambra under Willie's watch as a city set on the hill that cannot be hidden; for how else shall a city under the watch of the man who manifested these attributes be otherwise, it cannot be otherwise. Is that all? How can it be? So what else? That the enemies of the present Government are terribly in error and shall cover their faces in shame in the time to come. Why? Because, caught up by envy, illusion, nostalgia, narcissism and schizophrenia, they unabashedly envision a crumbling system. You mean what! They threw caution to the wind and teamed up against a system working in tandem with the movement of time. Go ahead and tell us what you see! I see in the days ahead that Ndi Anambra shall underscore with ease that the past did little or nothing not necessarily because they are in oblivion of what thing to do but because they are people who have attained professorship in deception and are therefore, like the scripture said, desperately wicked humans. In the days ahead, Anambra shall be transformed beyond measure. In the days ahead, very many will ask, can this be possible, so government can do this? You have spoken at lent, so what is your final submission?

If the present Governor of Anambra state is sincere, determined and systematically purposeful; if the present leadership is APGA and APGA is free from the bondage and tributaries of Abuja mafia; if Willie is sound in the mind; if Willie like the philosopher is open to novel realities; if Willie has the fear of God and in the know of his kingly statues; it is then only a daft that will foresee failure. But if the aforementioned are possessions of the Governor of Anambra state, and these I see in Willie, Willie, to the chagrin of the wicked, will succeed even more exceedingly.