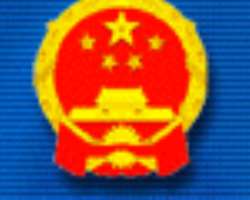 BEIJING, China, January 14, 2015/African Press Organization (APO)/ -- On January 11 local time, when answering journalists' questions that whether China's mediation on Sudan-related issues is aimed at oil interests, Foreign Minister Wang Yi said that China's mediation on the Sudanese issue and the South Sudanese issue is driven by responsibilities and obligations which China, as a responsible major country, should undertake rather than seek self-interest.

Wang Yi said, in recent years, China has played a positive role in solving disputes related to the Sudanese issue at the request of Sudan and in accordance with consensus reached by the international community, including relevant resolutions of the UN Security Council. We have specially appointed Ambassador Zhong Jianhua as the Special Representative of the Chinese Government on African Affairs. He has shuttled back and forth between China and Sudan in recent years, and sometimes shuttled constantly between all parties, so as to actively advance reconciliation between South Sudan and Sudan and resolve the conflict in South Sudan. Because of these, Ambassador Zhong's hair has turned white. I should say that we have done what we need to do for Africa.

Wang Yi said, the cooperation in oil between China and both Sudan and South Sudan is quite sound, which is beneficial to both sides. But if war and chaos affect the oil industry, it is the peoples in Sudan and South Sudan who are the first to be affected, which China surely doesn't want to see. China's mediation on the South Sudanese issue is entirely driven by responsibilities and obligations which China, as a responsible major country, should undertake rather than seek self-interest. As a good friend of Sudan and South Sudan, we will continue to make our due efforts towards this goal.