An Open Letter To INEC Chairman, Prof. Attahiru Jega, Please Register Me As An Independent Candidate For The Presidency In 2015 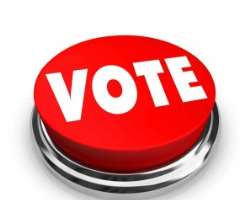 Dear INEC Chairman Prof Attahiru Jega,
Please register me as an independent candidate for the presidential election on the 14th of February, 2015.

Nigerians should have a choice not only to jump from poverty to starvation, but also an opportunity to choose the prospect of prosperity, full employment, free tuition, freeways, and a full health care system in a functional democracy. That is the promise of my candidacy as an independent presidential candidate with policies and programs for socio-economic progress, not the pedestrian propaganda on personalities of the major political parties.

My programs will be paid for, not from the continuation of the exploitation of minorities in the oil producing states, but from income tax. Income tax is a shared financial sacrifice that will empower the people and motivate them to demand transparency in how their taxes are to be spent and will deepen democracy through this active involvement in the affairs of the nation.

I have offered various helpful ideas in the public arena in the past with no adoption of any of them by the government. I am left with no choice but to run for the presidency as an independent candidate. At a minimum, some of these ideas could gain traction and raise the consciousness of Nigerians and politicians on the corruption and injustice of the 50-year exploitation of the minorities of the oil producing states. The adoption of taxation and an end to the exploitation of minorities by the eventual winner of the presidential election will be a wonderful outcome of this endeavor. The attached articles include these ideas.

Foreign heads of state have at various times reinforced the imperative of we Africans solving our problems. Income taxation as the primary and major input into the government budget will enable this.

Today, the federal, states, and local governments of Nigeria meet their budgetary obligations, not from taxes of the incomes of the citizens, but principally from the sale of oil and gas and through borrowing from third parties plunging the nation into deep debt.

And the global oil prices are plummeting causing a serious budgetary crisis in the country.

In 2014, the total income from oil and gas was about a paltry $70 billion US dollars that all went to meet the obligations of the three tiers of government. This is approximately equal to the budget of Singapore, a small island nation of less than 6 million people. It is also approximately equal to the budget of the city of New York with a population of 8 million people. Remember that Nigeria is a country of over 160 million people with security challenges in the north and south.

Nigerians are enterprising people who are eager to work and 20 million have left the shores of the country in search of work overseas. The level of unemployment is so high in Nigeria that a daily throng of people besiege foreign embassies looking for an escape from the country to find work. Any government with a serious socio-economic policy and with adequate resources will create opportunities for its people to work and through this reduce poverty induced desperation and despair in the nation.

Imagine what the federal government of Nigeria can do with an income-tax-based budget of $225 billion dollars which is approximately ten times the federal budget for 2015 based on the sale of oil and gas. With a budget like that, the oil producing states can be allowed to keep up to 100% of the oil revenues for their own budgets which will remove the threat of youth revolt in those states or worse, civil war. A huge budget affords a carrot and stick approach to tackling the insurgency in the Northeast region by providing the resources for both security measures and proactive socio-economic programs that can be helpful in curbing insurgency in the region.

A huge budget will enable the federal government under my presidency to implement the decisions and agreements of the national conference including the creation of all the new states which will promote national unity.

A transition from an oil-based-budget to an income-tax-based-budget will enable Nigeria to fulfill this promise.

A prosperous Nigeria with millions of people joining the middle class will have a great purchasing power to buy goods and services produced in Nigeria and elsewhere in the global economy: a win-win situation for Nigeria and the rest of the world.

My independent candidacy will change the tone and tenor of the last few weeks of the current election campaign from the milieu of propaganda, bellicosity, threats of mayhem, bullying, and blackmail to constructive debate and discourse. The outcome of the presidential elections will be at least grudgingly accepted by the losers, reducing the post election threat of violence, mayhem, or a civil war.