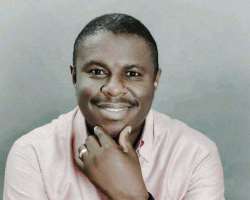 The Peoples Democratic Party (PDP) has been advised to honourably withdraw from the February 2015 governorship election in Rivers State so as to avoid being disgraced. Chairman of the All Progressives Congress (APC) in the State, Dr. Davies Ibiamu Ikanya, gave the advice in Port Harcourt during the 44th birthday celebration of the party's governorship candidate, Dr. Dakuku Peterside. “The way PDP was rattled by Peterside's emergence as APC's consensus governorship candidate simply shows that his choice is the best for the State.

I advised PDP to throw in the towel in good enough time to avoid being disgraced during the February 2015 gubernatorial poll. Not only is the party loathed by Rivers people because of its track record of deep hatred for the State, but it has further compounded its woes by imposing a man detested by the people, Barr. Nyesom Wike, as its governorship candidate,” Dr. Ikanya said.

He commended and congratulated the leadership of APC in Rivers for choosing as governorship candidate an accomplished manager of men and resources widely accepted by all the sections of the State for being a symbol of unity, visionary, egalitarian and, most importantly, a great patriot whose love for Rivers State and her people is infectious. Dr. Ikanya described Dakuku Peterside as a man who has earned a reputation as a charismatic and disciplined leader; creative and hardworking, a broad-minded fellow with strategic insights. He described the election of Peterside as APC's gubernatorial candidate as divine, expressing confidence that God will ensure Peterside's victory during the forthcoming election for the sake of the peace and greatness of Rivers State.

The State Party Chairman said of Peterside: “He brings integrity, compassion, pro-poor perspective and intellectual dimension to bear in tackling tough issues. His loyalty to friendship and bridge-building skills are remarkable. Respected as one of the most result-oriented, meticulous, consistent, trustworthy and God-fearing political leaders of our time, in all public offices he has held he has brought innovation to bear and made remarkable impact that has endeared him to his fellow compatriots. He is a role model and mentor to several young persons, who look up to him for inspiration. He has at various times turned down at least 14 chieftaincy titles, several honourary doctorate degrees and awards, rather believing in the people as a reason for service.

“Besides, this great son of Rivers State is an international resource person on oil and gas matters and a leading leadership/management scholar and speaker in leading conferences around the world. He is a respected authority on corporate political strategy and business – government interaction in Nigeria.. We are proud to recommend him to the great people of Rivers State as their next governor after the departure of the goal-oriented Rt. Hon. Chibuike Amaechi later this year. By God's grace, we will gather again to celebrate during the swearing-in ceremony of Dr Peterside as the duly elected Governor of Rivers State come May 29, 2015.”

It was celebration galore in the Rivers State capital as Rivers APC joined Peterside to mark his 44 birthday on new year day. Party faithful used the occasion to thank God for giving Rivers State such a God-fearing person whose commitment towards the emancipation and development of the State is worthy of emulation. The party leadership used the opportunity to re-dedicate the gubernatorial candidate and the party to God and reassuring the State and her people of people's-driven governance under a Peterside administration.

In his remarks, Dr. Peterside reiterated his resolve to build on Governor Amaechi's legacies. He said: “We bring a roadmap of wealth for Rivers State anchored on a legacy and foundation of prosperity laid by our Leader, Governor Chibuike Amaechi. We all know Governor Amaechi's legacies in education, health, agriculture and other areas. He has built world-class schools and hospitals in every nook and cranny of the State. His health centres can match any standard hospital found anywhere in the world. In a couple of days, we shall be unveiling our campaign plans and programmes. This is a RIVERS PROJECT. It is not about APC. We invite everybody to come on board, join us to move Rivers State to the next level.

“Rivers people's support for me is overwhelming. I really appreciate the outpouring of love. I thank all Rivers people. I will not disappoint you. APC members rely on God and I will continue to rely on God. I do not depend on my strength or ability. I will ensure unity in Rivers State. All Rivers people will have roles to play in my administration, when elected as governor by God's grace. Our doors will be wide open.”