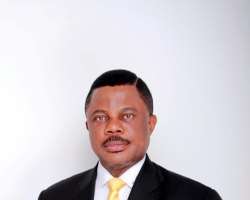 In keeping with his avowed commitment to achieve increased investment in flow into the State, Anambra State governor, Chief Willie Obiano has said that the State has so far attracted about one billion, sixty-five million US Dollars investment from investors since March 17th,2014 when the new administration was inaugurated.

These investments he said, were attracted to key areas‎ covering agriculture, hospitality and tourism industry, power generation, trade and commerce, among others.

Obiano who addressed journalists on the various programmes and achievements as well as challenges facing his government, also disclosed that he had appointed former Aviation Minister, Princess Stella Oduah as head of Anambra State Airport Development Agency based on her wealth of experience and track record of turning around the country's aviation industry.

Noting that his administration had distributed high-yielding seedlings to farmers and encouraged the formation of cooperative societies for easy access to farm inputs and credits, the governor stated that through the Anambra State Investment Promotion and Protection Agency, ANSIPPA, investments have flowed in from the Coched Farms 175 million US Dollars, Ekcel Farms Limited (150 million US Dollars) and Grains and Silos Llimited (11 million US Dollars).

Others are Delfarm Limited and Songhai Regional Centre from Benin Republic with 200 million US Dollars investment, West Africa Inter-continental Trade Centre (320 million US Dollars) and Cardinal Developers and Trust which took over the completion of Anambra's 4-star luxury hotel in Onitsha, among others.

He stated that the investment feat recorded by his administration in a few months in office was made possible by well-deserved appointment of competent professionals especially in the areas of financial investment and banking as Board members of the Anambra State investment Promotion and Protection Agency (ANSIPPA) led by Cyril Enweze, traditional ruler of Umuoji and an accomplished professional of international repute.

The governor pointed out that consideration was being given to an idea of expanding Onitsha Main Market to the River Niger River, stressing that four other Urban markets have been proposed for urban settlements of the State.

He summarized his achievements, asserting "We are bringing in lots of investments and other relevant and critical things that would improve the general welfare of the people and the economic fortunes of the state".

On the challenges facing his government, he cautioned Nigerians to brace up to the challenges arising from the dwindling oil revenue, caused by the falling oil prices world wide.

He revealed that having foreseen the ugly development he had initiated the move to improve the internally-generated revenue windows and has so far upped it from N500 million to N1,1 billion per month.

The governor stated that his ambition was to ensure that internally generated revenue hits the target of five billion monthly, stressing that such an increment would be reciprocated with increase in the monthly wage bill of workers.

He stated that the hope of Anambra State joining oil producing states under the Niger Delta Development Commission (NDDC) could not be realized even with the pronouncement of President Goodluck Jonathan in 2013 that the State has become an oil producing State, saying it would only be possible if the production capacity of 55,000 barrel per day was achieved.

Governor Obiano further disclosed that he had not abandoned any of the projects that were initiated by his predecessor in office and assured that he would execute all of such projects fully and to a successful end.

Obiano stated his administration had done very well in the areas of enablers like the provision of adequate security, health, youth and sports, education, environment,among others, which are propellers of the four Pillars of Development of his administration anchored on Agriculture, Trade and Commerce, Oil and Ggas and Industrialization.

The Governor also announced that his government is procuring good waste disposal equipment to boost a healthy environment across the major cities.

Obiano who disclosed that two armed robbers were killed on Christmas day and that two others were arrested while trying to escape, stated that a kidnap attempt was also foiled within the period.

He expressed the readiness of the government to successfully confront security challenges in the coming months, revealing that his concern was to improve on the achievements already made in the coming years, beginning with the year of 2015.

Said he:"And in less than three weeks, we were able to win a very good battle and that is the relative peace we are enjoying now and we will continue to improve on that high record.We will sustain the patrol we have at Upper Iweka and I have engaged a retired commissioner of police Aduba as the head of the vigilante, we are re-organizing it all and recovering arms from those who are not real vigilante operatives".