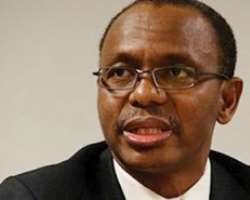 The Arewa Consultative Forum (ACF) has urged Nigerian leaders and the citizenry to promote issues that would strengthen national unity, as the country prepares for the 2015 general elections.

Besides, in a message to the people of Kaduna and Nigeria, All Progressives Congress (APC) governorship candidate in the forthcoming election in the state, Mallam Nasir Ahmed El-Rufai, also said Nigerians should join hands to promote peace and the unity.

The ACF in a message signed by its National Publicity Secretary, Alhaji Ibrahim Muhammadu, called 'on our leaders, especially politicians, to remember that the power given to them by God is transient. Therefore, they should make the best use of it for the establishment of a society free of injustice, corruption and other vices that have affected our socio-economic and political development'.

Muhammadu said: 'The Federal Government should seriously address the issue of insecurity that have bedeviled our country, especially the northeast region, where innocent people are being killed daily through attacks and bomb blasts by insurgents. As we embark on the journey to the 2015 general elections, ACF urges all politicians to conduct their campaigns devoid of threats, violence and thuggery.

'Issues of security, economy and peaceful coexistence should be the hallmark of the 2015 elections, and most importantly, the fear of God. The ACF calls upon Nigerians to pray fervently and work towards a successful and peaceful election, for the unity and progress our Nation.'

El-Rufai said: 'I note that this is a period for sober reflection and stock-taking of God's blessings, as Christians celebrate the birth of Jesus Christ. I wish Christians a happy period of celebration and reflections on the example of Jesus Christ as an embodiment of peace and love.

'This festive season is important for us to reflect on the golden attributes that bonded us together in the past, regardless of our religious or ethnic differences, and re-embrace them so that the state can rise to become a role model in peaceful and harmonious coexistence.'

Governor Mukhtar Ramalan Yero of Kaduna State called on the Christian community in the state to use the Christmas season in praying for the peaceful conduct of next year's general elections.

In a goodwill message to the people of the state, signed by the media aide to the governor, Mallam Ahmed Maiyaki, Yero urged all citizens, especially Christians, to use the period for sober reflection on the message of peace, love and salvation to mankind through the birth of Jesus Christ.

Yero said: 'As a holy period when Christians all over the world marks the birth of Jesus Christ, it is imperative to reflect on the basic tenets of Christianity anchored on peace, love and unity of the whole mankind. Let's use the opportunity provided by Christmas to pray for peaceful elections next year. Let's extend hands of fellowship to one another irrespective of difference in religion or ethnic groups.'

He advised youths to desist from acts detrimental to peace during the Christmas celebrations and after the festivity, saying 'young people should not allow themselves to be used negatively by selfish people. They should also desist from acts that could breach the peace, such as indulging in the use of illicit drugs, street fighting, use of fire crackers and other forms of social vices.' The Guardian