I Sold Poison To Survive—Patoranking 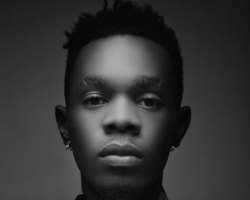 In life, some have it rosy while others have it rough. For good governments around the world, they strive hard to ensure most of their citizens get the best. They also try to make the gap between the rich and the poor very thin.

But in Nigeria, it is the other way round. While the rich are getting richer, the poor are getting poorer. The standard of living of the avarage Nigerian citizen is far below the expected range.

Top government officials and their cronies are milking the nation very dry and the government is virtually not doing anything to bring them to book.

An average citizen is left to do menial or imaginable jobs to survive in the midst of plenty. Some nations don't believe Nigeria is blessed with oil when the county is placed side by side with other oil producing countries.

Out of excitement of grabbing the prestigious Next Rated Award at the just concluded 2014 Headies, Nigerian musician, Patoranking revealed that he had very humble beginnings before becoming famous.

The reggae-dancehall singer, whose real name is Patrick Nnaemeka Okorie, said he used to sell rat poison and was once a bricklayer because he had to make ends meet.

"Do you people know I was once a bricklayer? I even had to sell rat poison to survive. Few years ago, I was squatting in one room, but today to God be the glory. God has been amazing. My life is a testimony," he told guests at the ceremony.

The singer is popular for hit tracks such as 'Alubarika' and 'Girlie O' remix featuring MAVIN's first lady, Tiwa Savage.