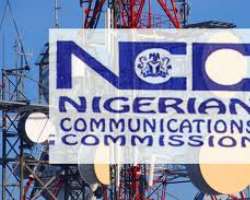 Before now, the telecom regulator had warned internet service providers and other companies illegally occupying the spectrum to discontinue use of such or face the consequences.

The illegal operators were discovered during a four-day enforcement exercise started on Tuesday in Lagos by the Compliance and Enforcement team of NCC led by Mr Salisu Abdu, assistant director at the Commission.

Three more illegal operators are being hunted by the NCC team with expectation that their identity would have been discovered by Friday (tomorrow) when the NCC enforcement team would round off the exercise.

All the seven operators are said to be operating on the 5.4 gigahertz frequency band which was not licensed to them by the Commission.

Addressing media during the enforcement exercise in Lagos, Abdu said the operations of the telecoms firms was an offence under Section 122 of the Nigerian Communication Act 2003, which criminalises any operation without proper licensing by the NCC.

He explained that â€Žin 2009, NCC came up with a guideline on the deployment of service on the 5.4Ghz band that no operator should operate on it without obtaining necessary licences from the NCC.

He said: “In the course of the guideline, we have monitored compliance and we have discovered that we still had some operators operating illegally on the 5.4GHz till 2012. We have done a lot of clean-up and we thought the frequency was free of interferences.

“So, after recent monitoring by the Spectrum Administration Department of NCC, about seven operators are now discovered to be operating on the 5.4Ghz band.

“On Tuesday, we visited Steam Communications Company and we found there were operating on the 5.4GHz â€Žband and as result, we confiscated their radio equipment and they are currently under investigation.”

Abdu said at the end of the investigation, Steam Communications would be prosecuted and fined appropriately.

“Currently, we have removed the power â€Žunits, which the three tenant companies are using to power their service. We have asked them to remove the actual radio equipment from the mast which they are handing over to the Commission and investigation would be carried out accordingly” he said.

Abdu, however, said that the mast owner, which houses the three telecoms firms on its network was not culpable, saying “the mast owner is not any under obligation to make findings on whether or not the three companies are licensed by the NCC or not.”

He said this was because each operator is licensed separately by the regulator with terms and conditions of their licences clearly stated. “So, they ought to have complained with all the terms and conditions of their licences and the relationship between the mast owner and the three firms is a different thing entirely as the mast owner only rented space to the illegal operators.”

Meanwhile, the Assistant Director who informed that the guideline on 5.4Ghz spectrum band clearly stipulates conditions for commercial and private use of the frequency band, said that by Friday (tomorrow), the enforcement team hoped to have tracked down the other three illegal operators on the 5.4GHz.

He warned licensees in the telecoms sector to always comply with their â€Žlicensing conditions, stressing that indulging in illegal operations is capable of creating unnecessary interferences in telecoms services delivery which ultimately affect telecoms consumers. NigerianCommunicationWeek