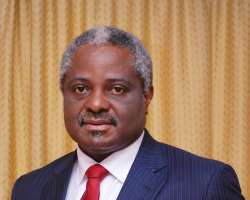 From one generation to the next, the role of fatherhood has never been harder. Though fathers who want to make a positive and lasting influence in their sons' lives, who want to raise boys that grow into true men of integrity must fight the counterfeit sources of wisdom instilled in our culture. And it takes courage and boldness to speak truth to your boys.

For a person like Chris Chigoziri Asoluka (Okwuruoha) who is not just refining our youths as future leaders, because they are closely related to him or that they are his children, I'm still wondering what his reward would be. Anyway, I will agree with Albert Einstein who said if people are good only because they fear punishment, and hope for reward, then we are a sorry lot indeed.

The question now is, how many of our made men of today thinks and acts like Asoluka? Of course, affairs and business of life wouldn't spare them a chance of telling the younger generation what they ought to know about life. It is either they are pursuing one contract proposal or the other to earn ends meet. More so, accumulating more wealth on their existing assets. To God be the glory, we have one we can call our own, better still, from our land, Imo state.

Through one of his profound and thought provoking speeches, he made good example of what life could be while merging business, economics and management with Charles Handy's “Waiting For The Mountain To Move.” Interestingly, he buttressed on the challenges facing the today's youths, at least by boldly informing one that the price to success must be paid for.

Those challenges according to him must be confronted, as one would not expect his speech solutions to make the road smooth while applying them, rather it will ease the pains by making such youth to be patient enough while riding.

What does the book entails? The author, Charles Handy's reflections on work and life have earned him legions of fans throughout the world. His previous books have together sold over a million copies. And his "Thought for the Day" series on BBC radio is celebrated throughout the U.K. Now present and future fans in America can sample what his BBC listeners have enjoyed for so long.

"Waiting for the Mountain to Move" includes the gifted commentator's best essays, culled from ten years of radio broadcasts. These succinct writings draw poignant lessons from everyday occurrences and cause us to examine our lives, our institutions, and our society in a different and revealing light.

Testifying the content of this book in a review by an author and chairman emeritus, Herman Miller Incorporation, Max De Pree stressed that, “"Charles Handy is a brave and passionate teacher willing to risk prophecy. He writes with the eloquence of simplicity and his gift to us is an enjoyable, profound and reliable guide toward meaning and direction.”

Another professional marketer in his review said, “A book from Charles Handy can be compared to a fine wine: beautifully balanced, smooth yet provocative, and a topic of conversation long after the final sip.” Then you can imagine Asoluka's wealth of knowledge and the kind of things he recognizes himself with. He is an orator who through experiences captured from life itself a developing world for himself.

Based on academic attainment, we have come to see a consummate gentleman who hates to see a docile youth or society. He hates seeing one being a captive of his failure. Of course, you have only one life to live, you're the driver and steer-man, but when accident occurs, you totally breakdown by looking for one to blame. To Asoluka, it is unacceptable! You must be accountable to your failures, mismanagement and recklessness.

To what our society made life to be today, we will agree that whenever you hear a man speaks of the love for his country, it is a sign that he expects to be paid for it. For Asoluka, I'm not sure he expects such return; rather it gives him joy to be called a mentor. He wants to see a society where things could be done with great orderliness. He wants to see a society where the welfare of the people by government won't be seen as a surprise.

A man of core values with a deep, profound essence of faith. I hope more the delegates under the Peoples Democratic Party (PDP) platform will become familiar with his tremendous work and art of human development since he is now in the race to represent Owerri senatorial zone at the red chambers of the National Assembly.

It will be great to have a Senator in his person who would encourage the people of Owerri zone and Imo at large into adopting the hungry spirit of change. Definitely, he will as well empower the people into it. It will be perfect to have this orator who unveils valued truth to human existence, of which basically concerns the today people. He gives you thought provoking words to live a fulfilling life on earth, and that I must tell you makes him a mentor.

It is also good that he is now in the race formally, at least it will add values to the popular say: “A man without ambition is dead. A man with ambition but no love is dead. A man with ambition and love for his blessings here on earth is ever so alive.” So good, Asoluka is alive and bouncing, he should run. He should live by example, than figuratively developing a master plan to succeed without him trying it out.

Besides, every father should remember that one day his child will follow his example instead of his advice. Asoluka must live by example, not just by moulding the youths through the preaching of becoming a better leader tomorrow. It is the ripe time to have a strong voice that will represent Owerri zone in Abuja and make life better for all. Ka uche Chineke mezuo!

Disclaimer: "The views/contents expressed in this article are the sole responsibility of the author(s) and do not necessarily reflect those of The Nigerian Voice. The Nigerian Voice will not be responsible or liable for any inaccurate or incorrect statements contained in this article."
Articles by Ugochukwu Favour-Mayor
21-2-2015  Ka O Puo: Uche Ogbuagu’s Action, And Okorocha’s Reaction3-11-2013  The Apc, G-7 Governors Romance29-3-2013  Top Imo Critical Writers Comment On The Jude Agbaso's Impeachment18-12-2012  Rock-view Billboard: Can Cona Truly Deceive Rochas?14-12-2012  Is Rochas Not Plagiarizing With The Okigwe Round-about Quote?More...