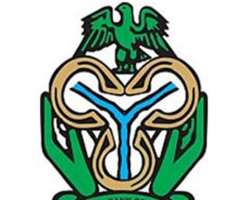 The Central Bank of Nigeria (CBN) has announced the devaluation of the naira currency in its exchange with the United States dollar from the official N155 per $ to a new level of N168 per $.

This is part of measures adopted by the apex bank to maintain monetary stability and prevent inflation in the country in response to the drastic crash in the price of crude oil.

The plans include the raising of the Monetary Policy Rate (MPR), the rate at which the CBN lends money to money deposit banks, from 12 per cent to 13 per cent ;  increase in the Cash Reserve Requirement (CRR) for private sector deposit from 15 per cent to 20 per cent.

The bank also advised the Federal Government to further cut down the proposed oil benchmark for the 2015 Budget below the new $73 window to be on a safer position as the price drop appears to be consistent.

The monetary measures are coming barely a week after the Federal Ministry of Finance announced fiscal austerity measures in response to the drastic drop in oil prices which saw the Federal Government downgrading the proposal for next year's oil budget benchmark price from  $78 to $73.

These monetary measures were reeled out yesterday by the CBN Governor, Mr. Godwin Emefiele, at the end of a special Monetary Policy Committee (MPC) meeting to determine the economic direction for the next two months. Incidentally, yesterday's MPC is the last for the fiscal year 2014 preceding the 2015 general elections.

Emefiele who is the Chairman of the MPC explained that the action was meant to absorb the shock of the impact of the oil price fall and also to discourage frivolous borrowing by politicians to spend for campaigns.

It is also aimed at protecting the Nigerian Foreign Reserves which have dropped from a little above $40 billion to $36 billion by the end of  October this year because the apex bank had been dissipating energy trying to save the naira.

Consequently, he released the following measures:

• Increase the CRR on private sector deposits by 500 basis points from 15 per cent to 20 per cent with immediate effect;

• Move the midpoint of the official window of the foreign exchange market from N155/US$ to N168/US$;

• Retain public sector CRR at its current level of 75 per cent;

• Maintain a symmetric corridor of +/- 200 basis points around the MPR;

• Retain Public sector CRR at 75 per cent; and
•  Retain the foreign exchange trading position at one per cent.

At the post-MPC briefing, the CBN governor gave insight into the economic realities and also revealed how members arrived at the decisions taken.

He said : 'Developments in the external sector since September 2014, manifested in a buildup of pressures in the foreign exchange market. While the bank sustained its efforts to maintain the stability of the naira exchange rate at the rDAS window, a considerable degree of weakening was recorded at both the interbank and Bureaux de Change (BDCs) segments.

'The exchange rate at the rDAS window during the review period opened at N157.31/US$ and closed at N157.32/US$, reflecting a marginal depreciation of N0.01k. To maintain and stabilize the exchange rate at that level, gross official reserves declined from US$40.7 billion on 17th September, 2014 to $36.75 billion at end-October 2014. From year to date, substantial currency depreciation has occurred in comparator oil exporting countries but the naira has depreciated by only 1.74 per cent.

'At the interbank segment, the naira depreciated by N1.75k or 1.06 per cent to $/N165.55 from $/N163.80. In the same vein, the exchange rate depreciated by N1.00 or 1.19 per cent from US$/N169.00 to $/N170.00 at the BDC segment. The depreciation at both the interbank and the BDC segments largely reflected recent demand pressures arising from the falling oil prices and dwindling external reserves. As part of the demand management measures, the bank in two recent circulars excluded certain import items from the rDAS window. Despite the tight measures, the high demand for foreign exchange has continued unabated. This demand does not seem to have any bearing on the genuine foreign exchange needs of the country, which the bank has the capacity to meet. The current level of external reserves provides approximately seven  months of imports cover.'

The committee's consideration: ' The committee noted with satisfaction the deceleration in all the three measures of inflation since September 2014, a development which has provided headroom for policy flexibility and manoeuvre. The robust output expansion amidst strong headwinds arising from a weakening of the international oil market gives credence to the efficacy of our macroeconomic policy. The committee also noted that unlike in previous episodes, the current downturn in oil prices is not transitory but appears to be permanent; being a product of technological advancement. Currently, the U.S. which used to be Nigeria's former major oil export destination now meets on average 80 per cent of its domestic oil demand from local shale oil retorting technology production and exports over eight million barrels of crude oil daily.

' The committee found credence in the permanency theory of current oil price dynamics in the fact that the political restiveness in the Middle East and North Africa (MENA) region has not created uncertainty in oil supplies as both Libya and Iraq (Southern) have open and strong supply lines in the market. A nuclear deal with Iran could further complicate the situation, opening up the supply space for new oil supplies from Iran.

'Available data shows that a number of six-month oil futures are currently signed at below US$70/barrel while improvements in technology have driven down the break-even cost of shale oil production to an average range of US$52-US$70 per barrel. In the light of this development, the committee is of the view that the oil price benchmark of US$73/barrel proposed in the 2015 Federal Government budget may be overly optimistic, requiring considerable caution on the budget's revenue projections. A weak public finance may impinge adversely on growth prospects as it shows up in reduction in critical public and private consumption and investment spending.'

' Without prejudice to this position, the committee is of the view that the softening crude oil prices could provide necessary leverage for the fiscal authority to reduce budgetary outlays on fuel subsidy and channel such savings to growth enhancing sectors of the economy.   The committee took note of the supportive fiscal stance in this regard and public commitment to take advantage of the low oil price to reduce fuel subsidy spending and liberalize prices as in many emerging economies.  Furthermore, the committee expressed satisfaction with the recent demand management measures announced by the fiscal authorities to contain pressure in both the goods and money markets and provide some respite in the near term.

'Notwithstanding, efforts should be geared towards addressing the binding supply side constraints such as the insecurity, infrastructural, and institutional challenges. The committee also noted the gradual improvement in labour market condition which  resulted in the additional employment of 349,343 in the third quarter of 2014. The dominance of the informal sector in the new jobs profile, suggests the preponderance of underemployment over the unemployment phenomenon, requiring intensification of reforms to unlock the growth potential of the formal sector.'

Given the not too impressive fiscal revenue outlook, the committee challenged the sub-national governments to seize this unique opportunity to reduce reliance on allocations from the Federation Account in funding their operations. To this end, the committee commended the efforts of some states,  which recorded unprecedented growth in Internally Generated Revenues (IGRs) in 2013.

Consequently, the committee enjoined other states of the federation to emulate these states by strengthening their IGR mechanisms with a view to minimizing reliance on FAAC allocations with attendant disruptions to their budget implementation arising from dwindling oil revenues.

A major issue considered by the committee, however, was the declining level of external reserves, which arose from demand and supply constraints. On the supply side, the falling oil price has considerably reduced the accretion to external reserves, thus constraining the ability of the bank to continually defend the naira and sustain the stability of the naira exchange rate. The supply side is further weakened by the commencement of normalization of monetary policy by the U.S. Federal Reserves following the termination of the third quantitative easing on 29th October, 2014; a development which has accentuated capital outflows. These developments are against the backdrop of considerable loss of fiscal space following from our inability to build sufficient reserves during the boom days.

The governor said : 'On the demand side, the pressures in the foreign exchange market were aided mostly by the excess liquidity conditions in the banking system and speculative activities. It has become increasingly worrisome that improvement in liquidity conditions in the banking system, designed to enhance the resilience and stability of the banking system, has not translated to increased credit expansion to the real sector to engender inclusive growth and boost employment. Rather, it has led to an upward pressure in the foreign exchange market and Standing Deposit Facility window of the bank while banks continually exercise a cautious approach to lending.'

Against this background, the committee is of the view that the current challenge requires bold policy moves on both the demand and supply sides of the foreign exchange market.

'Consequently, bold policy and administrative measures in the management of the nation's stock of foreign exchange reserves have become inevitable in order to align the market towards its long-run equilibrium path.

'On this note, the committee wishes to reiterate that the bank remains committed to a stable exchange rate within the limits of available resources and would continue to maintain sufficiently strong level of external reserves to meet its short-term obligations and other regular balance of payments commitments.

'Without prejudice to this commitment, our foreign exchange management framework would have zero tolerance for infractions and would penalize economic agents whose primary objective is to speculate in the Nigerian market,'  he  said.

He continued : 'The committee is fully aware of the short run implications of a tight monetary policy stance on lending and growth. However, available data indicates that banking system liquidity has been lavishly deployed in pursuit of speculative foreign exchange trading at the short-end of the market. While the committee remains fully committed to the goal of promoting inclusive growth through lower interest rates in the medium- to long-term, banks as agents of financial intermediation have a critical role to play in the nation's development process. A banking system with an overly high profit motive negates the core tenets of banking and purpose of a banking license. Under the circumstance, monetary policy must be bold and emphatic on the goals macroeconomic management seeks to achieve and encourage the flow of credit along those lines.

'The current situation demands that the bank confronts the issue of declining external reserves head-on in order to strengthen the value of the domestic currency. Consequently, stabilizing prices and maintaining exchange rate stability and charting a sustainable path for medium to long-term growth are the immediate top priorities. The committee remains committed to these in order to sustain the credibility of our policies and anchor the expectations of our core stakeholders.'

In the committee's opinion, a more flexible naira in the face of non-existent fiscal buffers is the most viable policy option at a time of heightened demand pressure for foreign exchange and falling oil prices. The committee  is, therefore, of the view that if it fails in taking the right policy actions now, the market would force the CBN  to take more drastic actions in the future with far less foreign exchange reserves. Also, given the level of excess liquidity in the banking system, it becomes imperative for the  apex bank to address the sources of the foreign exchange demand pressure.

In the light of the above considerations, the committee was of the opinion that the economy stood to gain by:

• Allowing some flexibility in the exchange rate to stem speculative activities and depletion of reserves. - Guardian.