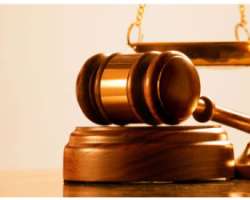 Justice C.J. Aneke of a Federal High Court in Lagos has said that Access Bank Plc lacks the power to enforce a judgment given in its favour by a London Court, ordering a former Managing Director of the defunct Intercontinental Bank Plc, Erastus Akingbola, to pay the bank a sum £654m (N212.2bn). The high court of justice, Queens Bench in London, had on August 1, 2012, ordered Akingbola to pay Access Bank the sum of £654m as restitution following its judgment that Akingbola perpetrated fraudulent practices while he was at the helms of the defunct Intercontinental Bank. Intercontinental Bank had been acquired by Access Bank on January 31, 2012. In a bid to enforce the order of the London Court, Access Bank had earlier asked a Lagos High Court in Igbosere to register the foreign judgment so that it could recover the judgment sum form Akingbola. The presiding judge in the case, Justice A.A. Oyebanji, had ruled in favour of the bank by registering the foreign judgment of Justice Michael Burton, dated September 13, 2012 and ordering Akingbola to go ahead and pay the bank. Akingbola, however, had through his lawyer, Wole Olanipekun (SAN), filed an application dated September 27, 2013 before Justice Babajide Candide-Johnson of the same court asking to quash the registration of the foreign judgment for lack of jurisdiction. While granting Akingbola's prayer, Justice Candide-Johnson had held that registering the foreign judgment was in contravention of the Reciprocal Enforcement of Judgment Act of 1958. The judge also declared that the Lagos High Court lacked jurisdiction to register the judgment but he had refused Akingbola's prayer seeking to restrain Access Bank from enforcing the London judgment in any other court. Consequent upon this the bank had approached the Federal High Court seeking the enforcement. However, in a ruling on Monday, Justice Aneke also turned down the application and ruled that the judgment was not enforceable in Nigeria