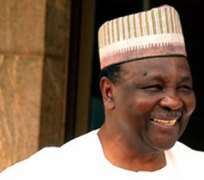 The retired senior officers, including a former Head of State, Gen. Yakubu Gowon, who spoke with SUNDAY PUNCH in seperate interviews, insisted that there was the need for the Federal Government to cut off food and fuel supplies to the insurgents to weaken their strength. They said government should engage the sect head-on to end the insurgency by the group .

To prosecute the war, they also advised the Federal Government to consider other alternatives to the United States on arms procurement.

Although President Jonathan had, in his nationwide Democracy Day broadcast in Abuja on May 29, 2014, directed the armed forces to launch a full-scale military operation against Boko Haram, the Generals expressed the belief that the war against the insurgents was not full-scale yet.

To clarify what total war implies, a retired Colonel in the Nigerian Army, Paul Ogbebor, told SUNDAY PUNCH it was distinct from other types of war.

He said, 'There are many types of war. We have insurgency and the operational mode is internal security operations; that is what we have been doing. There is the guerrilla warfare, which the terrorists are using; they hit and melt away.

'We also have the conventional warfare, which the President and Commander-in-Chief must declare and determine the mode. It could be a police action, which is the lowest level of warfare. He could say he is fighting a war of invasion on enemies encroaching on our territory. That is the type of war we should be fighting now to uproot the enemy.'

Ogbebor, who is one of the first Nigerians to be admitted into the Nigerian Defence Academy, Kaduna, stressed that the country had yet to begin a full war as it had not applied its national might.

'As of now, we are fighting insurgency. It is not a national task because, if it were, everything would be directed towards it,' he said.

He, however, said that with less than 200,000 military officers, the country lacked adequate forces to engage in full-scale fighting. He stated that adequate recruitment of both new and retired officers (reserves) to fill up the loopholes was required.

Ogbebor said, 'The army of 150,000 should be quickly built up to a minimum of about 500,000 so that we can capture the ground and occupy it sufficiently. Retired officers should remain in their places and join the police for internal security. Internal security should go side by side with total war. What happened in Kontagora or Yobe should not happen; we should have men on the ground for surveillance.'

Citing the Nigerian Civil War, also referred to as the Biafran War, Gowon told SUNDAY PUNCH the purpose of the war was to defeat the insurgents who decided to take up arms against the state.

He said if the aim of Boko Haram was to divide the country, then all efforts must be geared towards crushing the sect.

'We are not fighting the people; we are fighting these insurgent groups. Just like during the civil war, I did not fight all the Igbo people, I only fought those who took up arms against the authorities. There was the order that whatever you do, you should not harm the ordinary people: women, children and old people. It is only those who took up arms against you. That is really the meaning of all-out war — not against the people.

'If the people are backing them (Boko Haram), then they have to contend with the fury of government to restore law and order. I think this is the way it should be understood. It is not fighting a war against the ordinary people, who, in any way, would be running away from the war.

'If anyone takes up arms against you and decides to establish what they call an Islamic state, then I think you can deal with them, because they are really trying to break the country and that must not be allowed,' Gowon said.

On the implications of the war on civilians in the affected areas, Ogbebor said the effects could be managed by the Federal Government as was done during the Nigerian Civil War.

He said, 'There is always such a situation in the enemy's territory where we have to find a way to cut off supplies to the enemies — food, water, communication and electricity — in order to stop things that will encourage them to continue with the war. We had that in the civil war and it was effective.

Similarly, a former Military Administrator of Bauchi and Osun states, Col. Theophilus Bamigboye (retd.) said he was in support of the Federal Government declaring a full-scale war against Boko Haram.

He told one of our correspondents on Friday that the menace of the insurgents and their occupation of territories in Nigeria were taking a long time and it was bad for the image of the country.

Like Gowon and Ogbebor, he expressed his support for any measure taken to flush out the insurgents and return normalcy to the troubled areas.

Bamigboye stated that there was the need to adopt high-powered intelligence to know the actual location of the insurgents and the most appropriate approach to adopt to end their menace.

He said, 'You can imagine the strategies adopted (by Nigerian forces) so far and the insurgents are still occupying some Nigerian territories; the issue is still on. I will advocate for a full-scale war so that we can finish the insurgents. It is no longer a local thing.

'We should declare a conventional warfare so that we can deal with this situation and forget about it because the pain and the destruction are going on for too long. I will support a full-scale war against the insurgents.'

In the same vein, a former Military Governor of Kaduna State, Col. Abubakar Umar (retd.), said 'total war' had begun in Nigeria since 2009, when Boko Haram began its attacks.

He said, 'Nigeria has been at war with Boko Haram in the last four and a half years. The President simply made an emphasis in his speech, perhaps out of anger concerning what had transpired two or three months before, where Boko Haram had been torturing one town after another.

'He was simply trying to emphasise that Nigeria was indeed at war and that all hands must be on deck in this war against Boko Haram. Many politicians have considered the Boko Haram attacks as insurgency happening in a distant corner of Nigeria.'

The former military administrator pointed out that Boko Haram was to Nigeria what ISIS was to the Middle East, adding that they both threatened global peace and security.

Efforts to get the Presidency to comment on the calls for total war were unsuccessful. A presidency source, who would not have his name mentioned, simply asked SUNDAY PUNCH to direct its enquiries to the Army.

But attempts to get the reaction of the Defence Headquarters on the issue did not yield any result as calls made to the Director, Defence Information, Maj. Gen. Chris Olukolade, indicated that his phone was either switched off or out of network coverage area.

However, findings by our correspondents indicated that Olukolade was out of the country. Punch