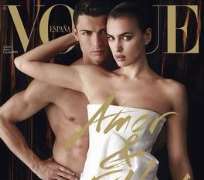 Cristiano Ronaldo has been linked to Real Madrid's bitter rivals Barcelona, while it has also been alleged that Manchester United are still interested in recapturing the Portuguese icon too.

Various reports in the Spanish press [via Eurosport] have reported that Barcelona's former president, Joan Laporta, has asked Cristiano Ronaldo's agent about the Real Madrid player's release clause. It has even been speculated that Laporta and Jorge Mendes shared a lunch on Thursday where he inquired about possibly purchasing the former Manchester Untied.

Joan Laporta was previously Barcelona's president between 2003 and 2010 and it's believed that he want to run for the position again.

If he can convince the Catalan side's legion of fans that he will be able to bring Cristiano Ronaldo to the Nou Camp if he is elected then Laporta will have a very good chance of regaining the position.

Those of you who believe that Ronaldo would never consider a move to Real Madrid's most hated rivals won't be shocked to hear that Mendes told Laporta it would be impossible for Barcelona to purchase the player.

Last month Jorge Mendes informed AS [via Give Me Sport] that Cristiano Ronaldo is worth â‚¬1bn, which is exactly the price of his release clause.

Despite the set-back in Laporta's quest it's believed that he is still firm favorite to reclaim the position of president if he stood. According to AS, Laporta received 33.8 percent of a hypothetical vote that was orchestrated by the paper, with his opponent Josep Maria Bartomeu only getting 17.9 percent.

According to the Daily Star's headline, Manchester United are also still keen on the player. Ronaldo was previously at Old Trafford between 2003 and 2009 and Louis Van Gaal is believed to be keen to reunite him with the Red Devils faithful.

If these two soccer giants did duel over Cristiano Ronaldo's signature then Manchester United would probably have the upper hand. Not only does the striker have a deep history with the English side, but Barcelona are currently serving a two-window transfer ban that means they can't purchase players until January 2016.

As the Inquisitr reported yesterday, it has also been alleged that Cristiano Ronaldo was offered to Barcelona when he was set to leave Manchester United back in 2009. However, even though Real Madrid's president at the time believed that $125 million was too much for him, Cristiano Ronaldo declared that he would only move to the Bernabeu and wouldn't even consider a transfer to the Nou Camp. Agency report