Pilot dies in another Air Force chopper crash in Adamawa 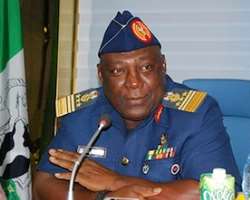 The Nigeria Air Force has in a matter of days suffered another casualty as it has lost another of its helicopter in the fight against Boko Haram.

The chopper reportedly crashed in Damare area of Adamawa State killed the pilot. Damare is in Girei Local Government Area.

There was no official confirmation from the Defence Headquarters as at the time of filing this report. The Nigeria Air Force has lost an Alpha Jet and at least two helicopters in the fight against insurgency in the North East.