Chief Remi Fani-Kayode: The Facts and Not the Fiction 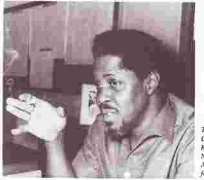 So much has been said and written about Chief Remilekun Fani-Kayode (Fani- Power) the former Deputy Premier of the Western Region of Nigeria in the last few decades but the truth is that outside the usual negative propaganda and historical distortions very little is actually known or appreciated about his massive contribution to both Nigeria's legal and political history. Even less is known about the rich and illustrious social, political and legal heritage from which he comes. This article is an attempt to give an insight into whom this man really was and to let people know about the notable contributions that he made to our history.

I have done a lot of research as a prelude to a biography that I am writing on�this great man and here I seek to present just a few of the historical facts as confirmed by a number of literary and historical sources. Here I am not too interested in opinions or who was politically right or wrong but only in historical facts about a man whom I believe is truly one of the greatest and most brilliant minds that this country has ever known. I believe that part of our problem in Nigeria is that for political reasons we distort everything including our own history and we tend to attribute the worst to those that we perceive to have been on the wrong side of any political divide. Well here I am not interested in politics but only in history and this article will be the first in a series that I am writing on each and everyone of Nigeria's most prominent elder statesmen. Most of them have gone now and are not here to defend and explain themselves. I believe out of the biggest players in the 50's and 60's only Alhaji Inuwa Wada and Alhaji Maitama Sule who are both interestingly enough from Kano are still alive. It is left to us then to do the research and to unearth the facts and let the new and up and coming generation of Nigerians know who these great men really were and what they managed to achieve before answering the divine great call.

Chief Remilekun Adetokunboh Fani-Kayode, Q.C., S.A.N, C.O.N (1921-1995) was a leading Nigerian nationalist, elder-statesman, lawyer and politician. He was elected Deputy Premier of the Western region of Nigeria in 1963 and he played a major role in Nigeria's legal history and politics from the late 1940's right up until 1995. He hails from a prominent and well educated Yoruba family who are of Ife stock from South-Western Nigeria. His grandfather Rev. Emmanuel Adedapo Kayode was an Anglican Priest who had got his Master of Arts (Durham) degree from Fourah Bay College which at that time was part of Durham University and his father Victor Adedapo Kayode studied law at Cambridge University and went on to become a prominent lawyer and then a judge in Nigeria. His mother was Mrs. Aurora Kayode (nee Fanimokun) who was the daughter of the respected Rev. Joseph Fanimokun who had also been an Anglican priest, and had also got his Master of Arts (Durham) degree from Fourah Bay College and later became the Principal of the famous CMS Grammer School in Lagos from 1896 to 1914. After finishing at the famous Kings College in Lagos Remilekun Kayode was so close to his mother that he attached the prefix of her maiden name (Fani) to his father's name and that was how the name "Fani-Kayode" was created. Remilekun Fani- Kayode went to Cambridge University (Downing College) in 1941 after which he did the British Bar examinations where he came top in his year for the whole of the British Commonwealth. He was called to The British Bar at Middle Temple in 1945 and he went on to be appointed Queens Counsel (Q.C.) in 1960 (he was the third and youngest Nigerian ever to be made Q.C) and later Senior Advocate of Nigeria (SAN) in 1977 (he was the third Nigerian to be made a SAN). He set up the first Indigeneous Nigerian Law Firm in 1948 with Chief Frederick Rotimi Williams and Chief Bode Thomas who were also both lawyers who had been trained at Cambridge and London University respectively. The law firm was called "Thomas, Williams and Kayode". Remilekun

Fani-Kayode played a major role in the struggle for Nigeria's Independence. In 1952 he,

together with Rotimi Williams, Bode Thomas and a number of others were all detained by the British colonial authorities for the very active and passionate role that they played in the struggle against the British. He was elected the leader of the Action Group youth wing in 1954. He set up a formidable, militant and combative youth wing for the party who wore "black shirts" and used the "mosquito" as their emblem in order to reflect their disdain for British colonial rule. Again in 1954, he was elected into the Federal House of Assembly on the platform of Chief Obafemi Awolowo's Action Group and he continued his fight for Nigeria's Independence from there. He made eloquent, moving and passionate submissions on both national and International issues from the floor of the house. He was the Assistant Federal Secretary of the Action Group and in that respect played a pivotal role, with the Federal Secretary, the late Chief Ayo Rosiji, in the organisation and adminstration of the Action Group. He, alongside with Chief Awolowo, S. O. Ighodaro, E. O. Eyo, Adeyemi Lawson and S. G. Ikoku represented the Action Group at the 1957 London Constitutional Conference. This conference was mainly concerned with the revision of the 1954 constitution. Amongst their major achievements at this conference was the granting of self-government to western Nigeria. In 1957 he led the team of Action Group lawyers who represented and fought for the people of the Northern minorities at the Willinks minorities Commission in their quest for the creation of a middle belt region which would have been carved out of the old Northern Region of Nigeria. In July 1958 he successfully moved the motion for Nigeria's independence in the Federal House of Assembly. He argued that independence should take place on April 2nd 1960 (the minutes of Hansard, 1958; Richard Sklar's "Nigeria's political parties:Power in an Emergent African Nation",World Press,p6.269; pg269;Professor Onabamiro's "Perspectives on Nigeria's History" pg140).

It was accepted by the House and the motion was successfully moved. However the British appealed for a delay of 6 months and consequently in August 1960 Sir Abubakar Tafawa Balewa, the Prime Minister, moved another motion calling for a minor amendment to the original 1958 motion. He argued that the year 1960 should be retained as the year for independence as originally moved by Remilekun Fani-Kayode but that the month for that independence should be October. The motion for this minor amendment was seconded by Raymond Njoku, who was the Minister of Transport, and it was successful. That was how October 1st 1960 was agreed upon as the date for Nigeria's independence from Britain. In 1959 Remilekun Fani-Kayode resigned from the Action Group and joined the ( N. C. N. C) National Council of Nigeria and Cameroons, opposition party. In 1960 he was elected the leader of the N. C. N. C party in the Western House of Assembly. In 1963 he was elected Deputy Premier of the old Western region of Nigeria under Chief Samuel Akintola on the platform of the N. N. D. P party. He was also appointed Minister of Local Government Affairs for the Western Region in that same year. Again in 1963, he was conferred with the title of Balogun (Leader of the Warriors) of Ife by one of the most senior traditional rulers in Nigeria, His Royal Majesty Oba (Sir) Adesoji Aderemi, the late Ooni of Ife.

government of General Aguiyi-Ironsi. They were later released. In July 1966 , after the

northern counter-coup, led by Murtala Mohammed and Theophillus Danjuma and after Yakubu Gowon became Nigeria's Head of state, Remilekun Fani-Kayode left Nigeria with his whole family and moved to the seaside resort town of Brighton in South Eastern England. They set up home and lived there in exile, for many years. In 1978 he was one of those that founded and pioneered the National Party of Nigeria (N. P. N). In 1979 he was elected to the position of the National Vice Chairman of that party and in recognition of his contribution to national development he was conferred with the honour of Commander of the Order of the Niger (C. O. N) by President Shehu Shagari.

In the mid-70's Remilekun Fani-Kayode was commissioned as a lay preacher of the Anglican Church (Christ Church Cathedral, Marina, Lagos) and later on in life he became an active and leading member of the Pentecostal / Evangelical movement in Nigeria. After the annulment of Chief Moshood Abiola's presidential election on June 12th 1993, Chief Remilekun Fani-Kayode was one of those who openly wrote about and spoke out strongly against the annulment. He even went to court over the issue. In 1994 he was appointed into the Justice Kayode Eso panel of inquiry which effectively probed and helped to sanitize the Nigerian judiciary and rid it of corrupt judges.

Chief Remilekun Fani-Kayode got married to Chief Mrs Adia Adunni Fani-Kayode (nee Sa'id), whose mother Alhaja Agbeke Sa'id (nee Williams), was the daughter of the famous Alhaji Isa Williams, one of the greatest and wealthiest muslim leaders and businessmen in Lagos in his day. Her first cousin, the late Justice Atanda Fatai-Williams, was a colleague of her husband, Remilekun Fani-Kayode, at Cambridge University and he went on to become the Chief Justice of Nigeria from 1979 to 1983. Her father, Alhaji Nurudeen Sa'id was a civil servant from Ilesa, south western, Nigeria. Their daughter Adia Adunni Fani-Kayode became a devout and practising christian before getting married to Remilekun Fani Kayode and later became a leading member of the Pentecostal/Evangelical church. The two of them had five children: Akinola Adedapo Fani-Kayode, Rotimi Fani-Kayode (the famous photographer and artist who passed on in 1989), Chief Femi Fani-Kayode (who has been very active in politics for a number of years now, who was spokesman to President Olusegun Obasanjo and Minister of Culture and Tourism and later Aviation respectively and who has now stated his intention to run for the governorship position of Osun state in 2011), Toyin Fani-Kayode (Mrs Bajela) and Tolu Fani-Kayode (Mrs Fanning). Femi Fani-Kayode was the third child and the youngest son of his parents. Chief Remilekun Fani-Kayode also had five other children: Aina Fani-Kayode (Mrs Ogunbe), Remilekun Junior Fani-Kayode (who was married to Nana Akuffo-Addo, the Oxford-trained Ghanian lawyer and politician, former Attorney-General and former Minister of Foreign Affairs for Ghana and the leading presidential candidate for the 2008 presidential election in Ghana. They have two children but they were later divorced), Lola Fani-Kayode (the famous film producer who was actually his neice but was adopted by him from birth and raised as his own daughter), Tokunbo Fani-Kayode, Ladipo Fani-Kayode and he has over 30 grandchildren.

From all the facts that I have listed here very few can dispute the contention that the Fani-Kayodes as a family are truly of remarkable stock. They are a family of achievers and they appear to be irrepressible. Again it is very clear to me that with all his contributions to our history Chief Remilekun Fani-Kayode has not been sufficiently celebrated in this country. As a matter of fact instead he has been brutally and in my view unfairly and unduly vilified and insulted without a proper regard to all the relevant facts. Well everyone is entitled to their opinion but as far as this author is concerned the record is clear and the facts speak for themselves. Fani-Kayode's contributions to the legal, political and social history of this country (Nigeria) were simply astounding. He was an illustrious scion of an equally illustrious family and whether anyone likes it or not it would be next to impossible to tarnish and destroy such a man or such a family and to attempt to consign them to the dustbin of history.