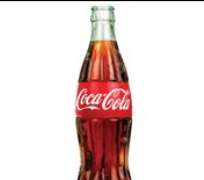 Nigeria for a very long time is notorious as a nation whose populace are possessed seemingly by the ghost of consumerism. There is this despicable lifestyle or weltanschuung [worldview] amongst the ruling elites and indeed amongst the newly rich elites that the more foreign products are consumed the better. It got to an all time bad when virtually every domestic products that can even be produced at our backyard in Kuje, Abuja are imported and purchased at extremely high value by these 'money -missed -road.'

This craze for foreign products and the attendant high tariff charged for these imports have compelled some of these die hard foreign based companies to award their franchise to their representatives in Nigeria. But most of these local franchisees fail to substantially comply with the global best practices in the manufacturing of their products meant for the Nigerian markets since they are aware of the overwhelming appetites for anything foreign amongst Nigerians.

In the haste to meet up with unprecedented demands of these products in Nigeria's local markets, these mischievous local franchisees of the foreign originated products have conveniently reduced Nigeria to a dumping ground of anything goes. Also due to weak regulatory environment made worst by official corruption, Nigerian consumers are made to buy fake and substandard products even as service providers amongst these substantially foreign owned enterprises treat their local consumers in Nigeria with disdain and disrespect.

But it appears that the horizon is about to change for the better especially in the way and manner that some regulators in some government agencies have embraced their statutory mandates especially given the high calibre quality people that the current administration have saddled with these national assignment even though the good people are few and far between.

One amongst these few forward looking official regulators with the penchant for doing what is right and just to protect the interest of consumers is the Director General of the Nigerian Consumer Protection council Mrs. Dupe Catherine Atoki.

Like hurricane Catherina, she has set her eyes on tackling the challenges of compelling service providers and manufacturers of goods sold in the Nigerian markets to maintain global best practices.

Recently, her agency filed a matter before the Federal High Court against one of the leading global manufacturers of soft drinks-COCA COLA over issues bordering on standards and quality of the products they sell to Nigerians.

Understandably, she has come under intense attacks and lobby by a variety of forces bent on maintaining status quo even as some local Non Governmental groups have partnered with this foreign manufacturer to harangue the consumer protection council's Director General to drop the case. But one group that vigourously defends the consumer rights of Nigerians- HUMAN RIGHTS WRITERS ASSOCIATION OF NIGERIA [HURIWA] has thrown its weight to the decision of the Nigerian Consumer Protection Council and the office of the Federal Attorney General and minister of Justice to institute criminal charges against the management of Coca Cola company public liability company over sundry indictments that bother on standards and quality of their beverages sold to Nigerians in the open markets.

In a statement to the media and jointly endorsed by the National Coordinator Comrade Emmanuel Onwubiko and the National Media Affairs Director Ms Zainab Yusuf, the Rights group applauded the Mrs. Dupe Atoki-led Nigerian Consumers Protection Council for proactively and effectively coming to the rescue of millions of Nigerian consumers by instituting this landmark litigation which will remarkable become a signal that it is no longer business- as- usual in the shabby and criminal negligent ways that service providers and multinational manufacturing firms treat Nigerians.

Human Rights Writers Association of Nigeria [HURIWA] has therefore called on credible leaders of organized civil society groups to collectively provide moral support to the hierarchy of the Nigerian Consumer Protection Council for the bold initiative to confront headlong a leading manufacturer with international clout such as Coca Cola company for introducing into the Nigerian markets products that are substandard and that threatens the health of Nigerian Consumers.

The Rights group has also indicated that it reach such as Coca The Federal High Court, Abuja on Tuesday ordered that substituted service be done on the Managing Director of Coca-Cola Nigeria Limited and that of Nigerian Bottling Company (NBC) Limited to ensure their appearance before it on the criminal cases preferred against them and their companies by the Federal Government of Nigeria.

Justice E.S. Chukwu of the Federal High Court 8, Abuja, who gave the order in the two separate cases preferred against Coca-Cola and NBC, observed that there was no way a prosecution trial would be done without the physical appearance of the accused persons in court.

Prior to the judge's order, Counsel to Federal Government, Chief Bayo Ojo (SAN) had told the court that the managing directors of the two companies were not available to be served the summon, even though their companies were duly served in the cases filed against them on the criminal breach of the Consumer Protection Council (CPC) Act.

“In the circumstance, my Lord, I shall be making two applications. One is substituted service on the second accused person to be pasted conspicuously on the part of the premises or office of the second accused person and the second application is under Section 96 of the CPA that a bench warrant be issued against the Managing Director of the first accused person for failing to be here or for failing to send a representative, having been duly served with the summon. The first accused cannot be here in person because it is a company, the managing director is expected to be here”, the FG's counsel submitted.

In his submission, counsel to Coca-Cola, Mr. Gbolahan Elias (SAN) kicked against the submission of Chief Ojo, asserting that “the two applications are completely pre-mature” since the accused persons have filed a preliminary objection on the case before the court.

Mr. Elias contended further that “beyond that, there are very solid reasons why the applications by the learned counsel cannot succeed” while praying the court to refuse any of the applications outlined by the prosecuting counsel.

In his ruling on the Coca-Cola case, Justice Chukwu, while granting the application that substituted service be effected on the premises or office of Mr. Adetunji, adjourned the case to Monday, November 10 for the appearance of the accused person and for the hearing of the preliminary objection of the accused counsel on the court's jurisdiction.

On the NBC case, Mr. Oluseyi Opesanya (SAN), representing NBC and its Chief Executive Officer, Mr. Ben Langat, also submitted that the accused persons had filed a preliminary objection on November 3, 2014, which he said had been duly served on the office of the Director of Public Prosecution, who signed the charge list against the accused persons.

In addition, Mr. Opesanya also said his clients also kicked against the appearance of Chief Bayo Ojo on behalf of the Federal Government without a fiat, alleging that the government's counsel is a private practitioner.

However, on the presentation of the fiat to the court by Chief Ojo, the NBC Counsel said he would be bringing a formal application against the fiat after a proper study of the document submitted to the court. Responding, Chief Ojo asserted that “I have a fiat to prosecute this case from the office of the Attorney General”, stating that “until his (accused counsel) objection is filed, heard and decided by Your Lordship, I will apply for substituted service on the accused person by fixing the summons conspicuously on the premises or the office of the accused person”.

Delivering his ruling on the case, the judge stated: “It is hereby ordered that the second accused person be served by substituted service by fixing the summon on a conspicuous part of the office or the premises. This matter is hereby adjourned till Monday, November 10, 2014 for the hearing of the preliminary objection of the accused counsel”.

The Attorney General of the Federation, Mr. Mohammed Bello Adoke (SAN), had preferred a one-count charge against NBC and its Managing Director and a two-count charge against Coca-Cola Nigeria limited and its Chief Executive for criminal breach of the CPC Act, making them liable to jail terms ranging from three to five years if found guilty.

This move by the Consumer Protection Council headed by Mrs. Atoki is salutary. Worthy of commendation is also the heroic role of the federal attorney general who framed the charges even with the overwhelming amount of pressure from lobbyists who can be bribed to even allow poisonous products to be sold to their Nigerian fellow citizens. All right thinking patriots must stand up and speak out in solidarity with the consumer protection council in the iconic legal battle against COCA COLA.

A wise saying has it that a wise person need not throw a stone into the market square because it might hit his/her mother. What gluttonous appetite for easy money will force a Nigerian to be bribed and for the person to kick off a campaign to support manufacturers of substandard products that are sold in the Nigerian markets?

Disclaimer: "The views/contents expressed in this article are the sole responsibility of Emmanuel Onwubiko and do not necessarily reflect those of The Nigerian Voice. The Nigerian Voice will not be responsible or liable for any inaccurate or incorrect statements contained in this article."
Articles by Emmanuel Onwubiko
15-1-2021  Kukah: - Huriwa Accuses Garba Shehu Of Incitement:12-1-2021  From Nin To Nincompoops12-1-2021  How Buhari's Policy Flip-flops Demean Democracy12-1-2021  A Killer Or Healer As Igp?9-8-2017  My Journey To Would Be Star University In Idimuje-ubgokoMore...