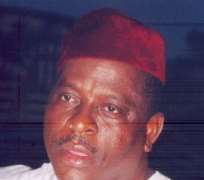 Former governor of Ogun State , Otunba Gbenga Daniel, the Chairman of the Organization and Mobilization Committee of the Peoples Democratic Party in the South West, Prince Buruji Kashamu and the first daughter of the late winner of the June 12, 1993 presidential election, Lola Abiola-Edewor, yesterday, emerged as national delegates from Ogun State in the local government congress held in the 20 council areas of the state.

Daniel, Kashamu, Abiola-Edewor and other leaders of the party were elected to represent their local government areas at the December 10 and 11 national convention of the party where President Goodluck Jonathan would be ratified as the party's presidential standard bearer for the 2015 election.

While the former governor emerged from Sagamu Local Government Area, Kashamu and Abiola-Edewor won as national delegates to the convention in Ijebu North and Abeokuta North, respectively. Agency report