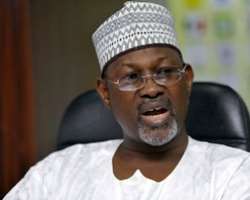 The Lagos State Resident Electoral Commissioner, Mr Adekunle Ogunmola, said on Friday the issuance of Permanent Voter Cards (PVC) in the state would be extended by one day due to late supply of materials.

Ogunmola told newsmen in Lagos that the collection of the cards and Continuous Voters Registration would be extended to make up for the delay.

Ogunmola  said, 'Most of the materials that we need are supplied by the headquarters and without receiving those materials there is very little we can do.

'So, we got some of these materials very late and the materials will require printing and they are quite voluminous.

'The register of voters of 4.8 million people is what has caused the delay.

'This delay was not caused by the people, it was caused by INEC.

'And because of that, what we are going to do is to extend the collection time to five o'clock (p.m) daily and give one day extra to compensate for this delay.

'I think, the combination of these two will more than compensate for the initial delay,'' he said.

'The commissioner said INEC would ensure that it captured the data of every eligible voter in all the local government areas in order to guarantee a free and fair election.

'To me, it is a blessing in disguise for Lagos state, because it will afford us the opportunity of concentrating on those 11. We will do the PVC and CVR for those 11.

'After the conclusion of that, we know that we have to concentrate on the remaining nine. So, that will ensure that every eligible voter is captured on our data base. NAN