What could make you quit your marriage? 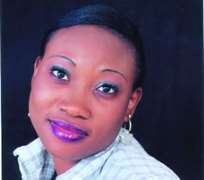 Bayo is hardworking, but for reasons no one could really explain, things went awry with him and he tried all he could to change the situation. Things remained dismal for him. About a year and half after his marriage, he lost his job. His landlord threatened to evict him. His wife can't get pregnant and things became unbearable for them. They were eventually evicted from their rented apartment and became homeless.

He did not overspend during his wedding to Bimpe. Bimpe, on her own, tried as a good wife to ensure things got better for her family. But when she could no longer cope, she opened up to him. To make matters worse, spiritualists told her that her husband was suffering from multiple generational curses. Would you quit your marriage for any reason?

MRS. BALOGUN
I really do not see any situation God cannot change. There is no man God cannot change. Although years back, I thought it was easy to divorce, but later I discovered doing so would pave the way for another woman, a stranger who could take over my home with immediate effect.
Therefore, I see no reason to divorce my husband.
Whatever happens has remedy. God can change everyman with effective prayers.

WUMI OGUNKOYA
Marriage is for better or worse, till death do us part. In other words, I am yet to see what would separate me from my husband. It is a do-or-die affair; I cannot afford to lose my husband.

MRS. ASUKWO JOSHUA
Sure, I cannot tie myself down to a man, just because divorce is not good, as Christianity preaches. No, there would be one or two things I may not condone in marriage. For example, I won't hesitate to call it quits if he is caught performing rituals and being fetish.
I can forgive a man who cheats on me, and fights with me. It is common in many homes, but any man who engages in rituals is a devil no woman can remain with.
It means anything can happen to me any day, anytime, including my children. Our lives are in danger.
Sometimes, men could be deceitful , they pretend to be nice when they need you, but thereafter, they come out of their shells.

DOLA AMOSU
If I catch him red-handed cheating on me, and if he is repentant, I would pardon him.

ROSELINE A.
Marriage is for better or worse, but I won't forgive him, if he is involved in cultism or whatever involves blood, rituals.

MRS. IFEOMA ISOFIA
I wouldn't leave my husband for any reason. As long as we are married and we love each other, nothing should put us asunder.