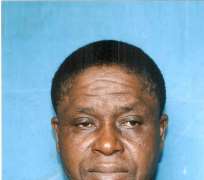 The estimation was right, the projection was accurate, the consideration was genuine, the decision was unquestionable, therefore, the choice was unblemished. The personality is outstanding, his achievements are legacies and his diplomacy is enduring. A leader for all seasons and for all men!

The choice of a true leader for the Igbo Nation has been made but the journey to this great height has been tortuous. Often times, people get oblivious of the fact that attainment of Statesmanship has its path laden with challenges most of which are devious in nature. A rough ride through the sea of dunes could only be appreciated by the strong-hearted. It is certainly not a road for fun-seekers and lovers of ice cream.

Statesmanship is not a tea party. It calls for sacrifice and takes doggedness and resilience to attain. Those who run-down hardworking leaders should realize the damage they are inflicting on the generality of the people, if such leaders get distracted or disillusioned.

Since after the exit of Dr. Akanu Ibiam, Dr. Michael Okpara, Dr. Nnamdi Azikiwe, Dim Chukwuemeka Odimegwu Ojukwu and a few other statesmen of Igbo extraction from mother earth, the need for leaders that could serve as rallying points has been a major concern to majority of Ndigbo. Dr. Alex Ekwueme who has put in his best to mobilize Ndigbo when the need arises, no doubt requires the strong support and encouragement of a younger, dynamic and vibrant personality who equally enjoys national appeal. God in His wisdom fore-knew that Moses needed a Joshua.

Who is a genuine leader? According to former South African President and anti-apartheid crusader Nelson Mandela, “Real leaders must be ready to sacrifice all for the freedom of their people.” Sunday November 2, 2014, history was made in the conference hall of Nike-Lake Resort, Enugu, the former capital of old Eastern Region, when plethora of awards were given to one man, just one man, chosen out of all Igbo leaders who served and or are still serving in various leadership positions either in the South East or at the National level in Abuja and elsewhere.

The Choice of Chief Theodore Ahamefule Orji as the Leader of Ndigbo byvarious groups was unprecedented in the history of Ndigbo. The awards came from three sectors. First, was a coalition of 9 groups called The South East SelfDetermination Coalition, which recognized and honoured Chief T. A. Orji with the award of Onyendu Ndigbo, which means Leader of Ndigbo. This was followed byThe Igbo Youth Movement which conferred on him the award of AQuintessential Leader. Then came the award of The Light of Ndigbo, by the Igbo Women Assembly. The gathering had in attendance highly respected men and women from all walks of life including eminent traditional rulers.

Who else could have been better qualified to present these awards on behalf of the groups than erudite Professor of Law and former Secretary General of OhanezeNdigbo, Prof. Ben Nwabueze, another former Secretary General of Ohaneze Ndigbo, Retired Col. Joe Achuzia , Prof. Chinwelike Ejike and Mrs. Maria Ugo, Leader of the Igbo women Assembly. Prof. Nwabueze was unequivocal when he extolled the leadership virtues of Chief T. A. Orji and described him as exemplary and worthy of emulation. Col. Joe Achuzia commended Governor Orji for his kind heartedness and due respect for other leaders, especially the elderly. He commended him for helping to save the life of Prof. Ben Nwabueze who had a complicated surgery abroad. Every speaker at the event eulogized Chief T. A. Orji for rendering good leadership in Abia State and for his giant strides in the development of the State. The Leader of the Igbo Women Assembly paid special tribute to the award recipient for honouring women and paying attention to their needs.

Going by Dr. Nelson Mandela's position on good leadership, it became clear that the resolve of Chief T. A. Orji to rescue Abia from the clutches of wicked and destructive devises that could have demeaned the State and her citizens for life,received adequate acknowledgement from well-meaning and right-thinking members of the Nigerian nation. A leader who forgoes his personal comfort to fight for the liberation of his people deserves every recognition and honour. It is commonly said that only the incarcerated appreciates the joy and beauty of freedom. Abians who were freed from bondage still savor the liberty they have enjoyed in the last seven and a half years.

One gratifying feature of the historic and colourful event in Enugu that Sunday was the decision of the South East Self Determination Coalition to bury the old erroneous belief that Ndigbo have no king, Igbo enwe Eze. This singular act portends good omen for Ndigbo and Nigeria as the vibrant youths in Igbo land willnow listen to a respectable leader; one that is a natural peace-maker, Peace Ambassador, Umbrella of Peace; and a man who loves and promotes unity, oneness and peaceful co-existence not only among Ndigbo but among Nigerians in general. As long as these young people listen to the wise counsel of this uncompromising lover of peace, they will never take actions that could be inimical to peace and progress of this country. So, Nigeria will in the long run be better for it. It is incontrovertible that Nigeria will be better when irrational youths submit to the counsel and guidance of a highly respected leader. Young people will always listen to elders they trust will not mislead them. One good record of the Government of Abia State under the leadership of Chief T. A. Orji, is high cordiality that exists between the person of the Governor and the youths which translated into youth-friendly policies that eventually have sustained peace in the State.

Nelson Mandel further posited that, “A good leader can engage in a debate frankly and thoroughly, knowing that at the end he and the other side must be closer, and thus emerge stronger. You don't have that idea when you are arrogant, superficial and uninformed.” Chief T. A. Orji is humility personified. His ability to engage people from all strata of society in discussions has reduced mountainous issues into mere planes. A man who does not count it debasing to interact with the less privileged in the land and shares food with them, is certainly one that should be entrusted with care and relationship with the young and upcoming adults.

As if to embellish the awards bestowed on the Chief Executive of Abia State the previous day, in the morning of Monday, November 3, 2014, the Nigeria Union of Journalists, Zone C, South East, honoured Chief T. A. Orji with the award of Man of the Year. If anyone is still listening to the shenanigans of those who are so grieved that Ochendo triumphed where they or their masters crumbled a few years back, the award by the NUJ should serve them the pie of truth. Incontrovertible truth that things have changed for the better in Abia State. When Journalists honour anyone, they do so with every sense of responsibility based on genuine and unbiased evaluation of one's performance and achievements for the wellbeing of society.

After an in-depth assessment and due analysis of the landmark achievements of Chief T. A. Orji in every sphere of governance, those who are the conscience of society, the opinion moulders, pronounced their judgment; that given the very lean resources available to Abia State, given the enormity of infrastructural decay inherited by the present Administration as a result of criminal neglect the state suffered in the past, giving the numerous foundational landmark projects which stand as legacies of the present Government, in addition to the fact that the present Governor of Abia State is most media friendly and treats journalists with respect, the Union being proud to associate and identify with the gallantry of Chief T. A. Orji, and his giant strides in development of the State adjudged him MAN OF THE YEAR and so conferred it on him. The judgment of the watch dogs of society is sound and confirms what other right-thinking persons and groups had earlier said about the achievements of Chief T. A. Orji.

1. A bedrock of principles
2. A moral compass
3. A vision
4. The ability to build a consensus to achieve that vision.

These qualities abound in Chief T. A. Orji, thus his choice as Leader of Ndigbowhich confers on him renowned Statesmanship is right, proper and commendable.

To the Eminent Statesman of Ndigbo and Nigeria, Chief T. A. Orji, I join your numerous admirers, friends, supporters, well wishers and all Abians to pray for your success in the tasks ahead.

Disclaimer: "The views/contents expressed in this article are the sole responsibility of Nnaji Obed Asiegbu and do not necessarily reflect those of The Nigerian Voice. The Nigerian Voice will not be responsible or liable for any inaccurate or incorrect statements contained in this article."
Articles by Nnaji Obed Asiegbu
16-9-2016  The Rest Of Us And The Hirelings...let Abia Be11-7-2015  The Aba Urban Renewal Drive...godwin Adindu19-4-2015  Between Apga And Pdp In Abia State: Who Are The Riggers?18-4-2015  Abia Decides: Let The Winner Have His Crown19-10-2014  Jaundiced Views Of Ibe A UcheMore...