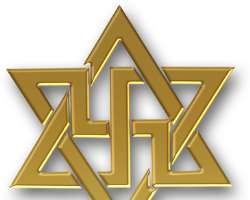 OUAGADOUGOU, Burkina-Faso, November 5, 2014/African Press Organization (APO)/ -- Rael, spiritual leader of the International Raelian Movement (IRM) (http://www.rael.org), is delighted to see former President Blaise Compaore out of office in Burkina Faso, according to a statement released by the IRM.

“It was time for this dictator, so submissive to the Vatican and ex-colonial powers, especially France, to go away, and for a real Kaman [the indigenous term for African] leader to kick Western powers out of Burkina Faso,” he said.

“[Compaore's] allegiance to France and the Vatican likely prompted the Burkinabe government's refusal to allow our Clitoraid Kamkasso Hospital to open. Inspired by Rael, financed by Clitoraid and built in Bobo-Dioulasso to assist victims of female genital mutilation, it's been ready to open for over a year. But the health minister ignored our file while the country desperately lacks such facilities. It's one example of how the past president ignored his people's needs in favor of his political agenda.”

“The new Burkina Faso authority should ask Switzerland to block all bank accounts belonging to Blaise Compaoré,” he said. “For favoring French neo-colonial interests, he may have received a huge amount of money from France, the ex-colonial master."

Referring to military commanders now ruling Burkina Faso, he declared, “An army must never lead a country anywhere on earth. Armies aren't elected, and they're supposed to defend countries from foreign aggression, not impose any form of order on civilians. When they do, it always leads to terrible dictatorships.”

During visits to Kama, Rael has recommended dissolving colonial borders to create a new entity, United Kingdoms of Kama.

“All traditional leaders of Kama should unite, bringing their people into a peaceful confederation based on respect for [the continent's] initial tribes and customs, thereby removing all current, local conflicts resulting from the arbitrary borders set by colonizers,” he said.

Distributed by APO (African Press Organization) on behalf of the Raelian Movement.