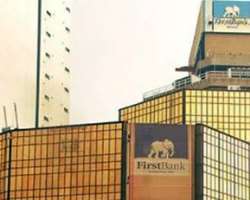 FirstBank Nigeria has put the total amount it spent to reward about 5,000 customers in cash, automobiles and household gifts under its various promotion bonanza in the past six years at N500 million.

He said the current edition of the promo, which holds from September 1, 2014, to February 28, 2015 would attract N200 million worth of cash gift items to over 1,400 saving customers of the bank.

According to him, the promo initiative has continuously offered opportunities to enhance the living standards of many Nigerians through rewards for their savings in form of cash awards, luxury household appliances, exotic cars, and return tickets/all-expense-paid trips to international sports events.

The savings promo initiative of the bank which started since 2008, he said is aimed to achieve reward the bank's loyal customers for their patronage; create opportunity for prospects to establish new account relationships with the bank; mobilise new deposits for the bank; and continuously refresh FirstBank brand as a dominant player in Nigeria's retail banking space.

'The first season of the promo was launched on June 26, 2008. The campaign lasted for 6 months with 159 savings customers rewarded with mouth-watering prizes.

'In 2009, riding on the success of the maiden edition, we launched the second season tagged-'FirstBank Big Slash Promo-Reloaded' for another six months, February to August, 2009. In this edition, 1,055 savings customers from different walks of life were rewarded with lots of gifts and cash prizes.

'In 2010, in the spirit of the country's 50th Independence Anniversary, we embarked on another savings reward scheme christened 'FirstBank Golden Promo', during which a total of 1,850 savings customers of the Bank received sumptuous prizes for participating in the promo,' he stated.