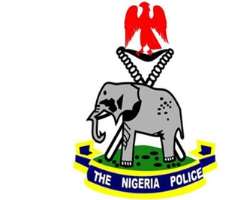 More facts have emerged why the Peoples Democratic Party (PDP)'s Ward Congress elections could not hold in Enugu State on Saturday.

THE CITIZEN can exclusively report that the election materials meant for the state were detained by the officer in charge of the Wuse Divisional Police Station.

As a confirmation of THE CITIZEN report yesterday on the ward congress in Enugu, the election materials meant for the Enugu Ward Congress ended up at the Wuse Police Station where the Chairman of the election committee, AIG Mohammed Abbas (Rtd), took the materials there on Friday night after collecting them from the PDP's National Headquarters, Abuja.

According to a reliable source, Abbas took the materials to the Police Station for safe custody after he signed for them from the party headquarters in Wuse because it was late in the night for him to take them to his house and he did not want to travel by night to Enugu.

The following morning (Saturday), the Chairman and other four members of the committee convened at the station as agreed for the release of the materials.

However, arguments ensued when the other members of the committee refused that the Chairman should sign for the items at the Police Station and told him to instead allow the committee Secretary, Alhaji Usman Shehu, to sign for the materials.

It was learnt that the Chairman, Abbas, told the other members of the committee that he was the one entitled to sign for the materials at the Police Station as he had previously signed for them at the party headquarters and he was the one that deposited them with the Police on Friday night.

It was gathered that Abbas sensed danger when strange faces he suspected to be political thugs trooped into the station in numbers, and he therefore instructed the Divisional Police Officer, Mr. Usen not to release the materials until further notice.

'The Enugu materials are trapped at the Wuse Police Station since Friday and anyone saying that there was an election is not saying the truth. The Committee Chairman, Mr. Abbas deposited the materials on Friday night when he felt that was the safest way to protect the materials until the following morning when he and other members of the committee will reconvene and move down to Enugu in a chartered flight', the source explained.

'But problem started when the members gathered at the police station the next morning as earlier agreed to collect the materials and go to Enugu. First the other members challenged the chairman that he was not the right person to be in custody of the materials. They urged him to hand them over to Alhaji Usman Shehu who is the Secretary to the committee but Abbas refused to accede to the request.

'As they were arguing on who should be the rightful keeper of the materials at the police station, strange faces suspected to be political thugs started arriving the station in droves. But the chairman felt that the materials will no longer be safe if the Police release them to him and based on the suspicion that other members of his committee were up to something, he declined to sign for the materials,' the source added.

It was further gathered that Abbas said that since there was no police escort provided by the PDP Headquarters to accompany him and the materials to the airport, he could not sign for them as he could no longer guarantee the safety of the materials.

It was further learnt that all efforts by the other four committee members to force the Police to release the materials to them failed as the DPO insisted that they were not the ones that deposited the materials in the first place, so they could not sign for them.

'The argument lasted from that morning till 5pm when the Chairman left the station; so the Enugu Ward Congress materials are still detained in the station,' the source expounded.

When THE CITIZEN contacted the Force Headquarters Spokesman, Commissioner of Police, Emmanuel Ojukwu last night, he confirmed the incident but stated that the Police would release materials on the condition that the committee members agree on the rightful person to take custody of the materials.

All efforts made to reach Chief Olisa Metuh, the spokesman of the PDP before press time failed.

Meanwhile, indications emerged on Sunday that  President Goodluck Jonathan will meet with the Enugu State Governor, Sullivan Chime, and the Deputy Senate President, Ike Ekweremadu, at the Presidential Villa Abuja, midweek to intervene and resolve the political differences between the duo before it affects the political fortunes of the party in the state in the forthcoming general elections.

The meeting is said to be coming on the heels of recent face-off between the duo on who should be in control of the party's structure in the state. It was further gathered that leaders of the party in the South East have advised the President to quickly intervene in the matter to avoid it snowballing into an uncontrollable situation that might also affect the interest of the President in 2015.

Their political differences stem from who picks the ticket of the Peoples Democratic Party (PDP) for the Enugu West Senatorial District at the forthcoming senatorial primaries.