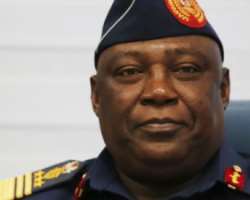 In the face of the unrelenting onslaught by Boko Haram in its murderous campaign in the North East part of the country, the Christian Association of Nigeria has expressed strong misgivings over the lacklustre performance of the Minister of Defence, Lt. General Aliyu Gusau (Rtd) and National Security Adviser, Colonel Sambo Dasuki (Rtd), two key officials of the Federal Government entrusted with the mandate to reign-in the insurgents.

In a statement signed by the General Secretary of CAN, the umbrella body of Christians in the country, Rev. Musa Asake, challenged the Federal Government to justify why both Gusau and Dasuki are still retaining their positions in spite of their abysmal failure in executing the mandate handed to them, and wondered why the government had been quick to sack the late General Owoeye Azazi as NSA. CAN in its statement maintained that recent happenings in the North East part of the country had avidly confirmed its position all along that the Islamic group has no other mission than to annihilate all Christians in the region and install an Islamic regime.

According to the CAN scribe, the Federal Government should do well to explain to the nation the sins committed by Azazi who was summarily dismissed in June 2012. 'Was he sacked because of his Christian religion and to satisfy the cravings of his Muslim counterparts?' he asked. Asake argued that President Goodluck Jonathan appointed a Muslim, Col. Sambo Dasuki to replace Gen. Azazi who was a Christian and later appointed another Muslim, Gen. Aliyu Gasau as Defence Minister with a pledge to deal ruthlessly with the Boko HarÄm Islamic terrorists.

'The major task handed down to Col. Dasuki and Gen. Gusau is to tackle Boko Haram insurgency, which was already threatening to spread into other regions of the country. But the question on the lips of every Nigerian Christian today is: what changes have these two military tacticians brought to bear since they were appointed? What is the wisdom of entrusting the nation's security in the hands of two relations from the North West? Why have these two relations from Sokoto and Zamfara states not changed their tactics in accordance with the presidential mandate given to them to root out the insurgents in the North-East geo-political zone? Is this a game plan to eliminate people in that region and put them in perpetual subjugation?'

Asake said Nigerian Christians are no longer comfortable with the continued inclusion of these two individuals in the cabinet even as the Islamic terrorists have not only changed tactics severally but have conquered more territories and expanded the boundaries of their self-declared caliphate in the North East during their tenure more than at any other period.

CAN therefore wondered why the NSA and the Defence minister have not voluntarily resigned their appointments for poor coordination of relevant agencies to tackle the security challenges in the North East region of the country despite the huge budgetary allocations for the purpose.

CAN reiterated its belief that Boko Haram was bent on Islamising the entire country and strongly condemned recent violent attacks of the group on innocent Christian civilians, police stations, prisons and military formations in different parts of Adamawa State and the bomb explosion at the Gombe Motor Park which was said to have killed over 30 persons and left several others injured.

Asake stated that apart from the military infrastructure that were torched by the terrorist group, Ekklesiyar Yan'uaw Nigeria (EYN), the Church of the Brethren in Nigeria, other churches as well as individuals targeted for destruction were all Christians and their places of worship. Agency report