SMW Founder, ALA Founder, AMI CEO, others announced as Jury & Advisory Board Members for the Social Media Awards Africa 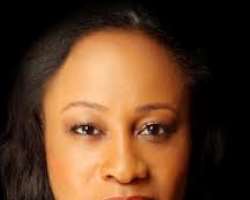 Upon successful completion of the nomination phase, the planning team for the Social Media Awards Africa has formally announced the members of the Jury and Advisory Board. In a statement from the SMAA Secretariat, 'We are really pleased with the overwhelming response and enthusiasm of organisations and individuals across the continent'.

University of Cape Town.
The Social Media Awards Africa initiative was unveiled at a closed event on Tuesday, September 30, 2014 to a cross section of media professionals and social media influencers in Lagos, Nigeria. Nomination into 4 categories opened on October 1, 2014 at www.smaafrica.com until midnight on October 27, 2014.

A total of 923 nominations were received during the nomination period as follows: Personality Based (468), Platform Specific (266), Institutional (115) and INDIGENOUS (74). Also in the window period, over 5.5 Million Connections, at least 821, 886 Retweets and 29 Million accounts were reached through all 22 social media platforms where the messages were promoted.


Winners will be announced and celebrated at the 'Night of Virtual Wonders' holding on December 6, 2014 in Lagos, Nigeria.