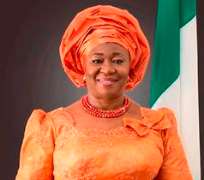 As part of efforts of the President Goodluck Jonathan-led administration to attract foreign investors into Nigeria in large numbers, to speed economic development of the country, the Federal Government, henceforth, has approved a five-year visa for each genuine investor in the country.

The Ambassador of Nigeria to Ireland, Dr (Mrs) Bolere Ketebu disclosed this on Thursday, while addressing participants at the ongoing Fourth African-Ireland Economic Forum in Dublin, Ireland.

Ambassador Ketebu who received loud ovation for her presentation, however, said that the only condition attached to the new government's policy, was that the host counties should be willing to reciprocate such gesture to Nigerian investors in their countries, and expressed delight over the presence of over 100 participants from Nigeria, at the event, compared to that of last year put at 24.

According to her, 'It is interesting to tell this gathering back home in Nigeria, that as part of President Goodluck Jonathan administration efforts to attract foreign investors into our country so as to fast-track economic development,the government has approved a minimum of a five-year visa to Nigeria foreign investors and eradicated all the barriers delaying the issuance of visa'

'As an investor, if you are given a visa of say six months or a year, such a visa is not enough to stay in Nigeria for a reasonable business even before you get it,it is another problem,but with the new policy things will change,so,'am appealing to all willing investors to grab this golden opportunity and invest in our country,' she said.

The Ambassador who is a chieftain of the ruling Peoples Democratic Party, PDP, debunked the speculation in some quarters that Nigeria and indeed the Africa, was not safe for investments because of some challenges being faced by some African countries, adding that foreign investors should forget about the negative aspect of the continent and focus on its potentials.

According to her,'In Nigeria where I come from,we speak a lot in proverbs,if you say as a farmer you are observing the weather for the rain to fall,you will never plant a seed and if you see a pregnant woman under going pains during her delivery,you will say after that she will never be pregnant again but alas,after months, she is ready for another pregnancy again,so weigh the advantages of the potentials of doing business with us,even business itself is a risk.'

She disclosed that the objective of this year's Forum with the theme: 'Transformation through Technology' was to promote trade between Ireland and Africa, through the establishment of business partnership in the areas that the countries have comparative advantages.

The Nigeria Mission in Ireland will today organise an event titled: 'Invest Nigeria'at the wing of the venue of the Forum as part of activities, to promote trade and investment opportunities among Nigerians,Irish and other participants from Africa

In attendance were over 100 Nigerians from various sectors,including the Chairman of the Police Service Commission and a former Inspector General of Police,IGP,Mr Mike Okiro, the Accountant-General of the Federation, Mr J Otunla, the President Of the Odua Nigeria Chambers of Commerce, ONACIMA, Chief (Mrs) Alaba Lawson, representatives of the IGP,the Comptroller-General of the Nigeria Immigration Service, NIS among others. - Nigerian Tribune.