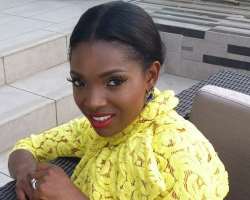 It is no news that there has been discrimination in the society for single mothers. Ladies who has given birth out of wedlock sometimes are been discriminated amongst the married ones.

2face's queen, Annie Idibia took to her social media this morning to pray for single mothers. According to the mother of two who was once a single mother before she got married to music legend 2face Idibia said it was not easy for her.

In her words she said; "single days, single mum...a big S/O to all the single mums out there, it not easy, have been single mum before and I know about all the challenges to trying to be mummy and daddy at the same time. It is so hard. God bless you all and my prayers goes to you" she said.

What an encouraging message to them, her fans have been praising the simplicity she has.