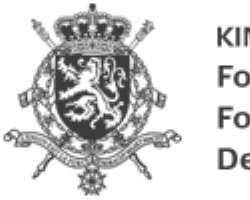 Ambassador Samantha Power conducted the past few days a field visit to the three West African countries most affected by Ebola: Guinea, Liberia and Sierra Leone. She shared her experiences with the two Belgian ministers. Ambassador Power also praised and thanked Belgium for its efforts in providing humanitarian aid to the affected countries and for the preventive measures Belgium has taken to face the Ebola epidemic.

The meeting took place at the residence of the American ambassador in Brussels.

In recent months and recent weeks, our country has allocated over 35 million euros for the necessary humanitarian assistance. "The Ebola crisis is not only a sanitary but also a humanitarian crisis. The epidemic decimates entire communities in West Africa. The US ambassador to the United Nationsconfirmed this during our exchange. Infected people have little chance of survival, hospitals are no longer able to cope with the influx of patients,schools are closed and a food crisis looms. We cannot close our eyes to this humanitarian tragedy," said the Deputy Prime Minister and Minister of Development Cooperation Alexander De Croo. He stated that "the Belgian development cooperation strongly supports aid organisations that can act directly on the ground, organisations which possess the expertise and experience needed in the affected countries. Last week, our country released additional funds, thus bringing our commitment to more than 35 million euros. This effort is also clearly appreciated at the international level."

Belgium has taken in recent months a series of preventive measures, issued recommendations and established procedures among companies and services that may come in contact with people who have sojourned in the three affected countries. Since the spring of 2014, the Federal Public Service (FPS) Public Health has been providing information and has led consultations with all concerned sectors, among others the FPS Foreign Affairs, the Ministry of Defence, the Scientific Institute of Public Health, the Communities and the Regions, the Federal Agency for the Safety of the Food Chain, SN Brussels Airlines, Brussels Airport, the Port of Antwerp, hospitals and doctors (general practitioners), etc." The risk that an infected person enters our country is tenuous, but we must take all possible measures to ensure that our specialists and our specialised teams are able toprovide the correct and best care to patients, without this affecting the daily operations of hospitals and of the entire health sector,” indicated Maggie De Block, Minister of Social Affairs and Public Health.

On October 17, 2014, Maggie De Block appointed Dr. Erika Vlieghe, specialised in infectious diseases, as Ebola coordinator and Dr. Daniel Reynders as her deputy in order to support all initiatives in this area, to assess them, and adapt and complete them where necessary. Since October 20,Brussels Airport imposes temperature controls for passengers coming from the three countries at risk as an additional security measure to dispel the numerous fears from airport personnel. These controls are part of a much larger Ebola strategy, which contains ten measures in addition to the temperature controls carried out in the countries of origin.