I Was Once Doing Drugs—Fani-Kayode 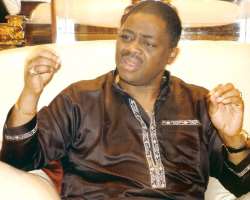 Former Minister of Aviation, Femi Fani Kayode, has called on youths not to live the kind of lifestyle he lived in the past; alcohol and drugs.

Speaking with E24-7 magazine, Kayode explained that some people in his generation have had various experiences as young people, noting that he drinks very rarely now, and when he does, he prefers champagne.

According to him, “If I've ever taken any drugs, then it was certainly when I was very young. Most people of my generation and my friends have done the same thing. The most important thing is not to encourage other people to do such things because they can be very destructive. Another thing is to ensure that you get close to God and ensure that such things do not overwhelm you.”

The former aide to ex-President Olusegun Obasanjo disclosed that he made the revelation during his Ministerial screening at the Senate and on a number of other occasions on television in order to teach others that things can get better if they are determined to change. Fani-Kayode affirmed that he was once into drugs for years.

“If God could deliver me from things like© 2014 Nollywoodgists.com

Former Maltina Dancehall Host, Kemi Adetiba Humiliated At Lagos Club that thirty years ago, then God can deliver anybody from anything. That is my testimony and it's a powerful one. God not only delivered me, but he also made me to prosper, excel and contribute to the growth of my nation,” he stated.