Between Okupe And General Buhari 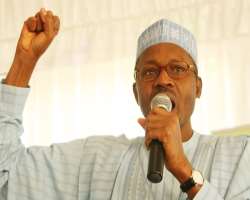 The duty of a media aide is to protect his employer's image in the public; it's an office that keeps you on the lime light especially if your employer is a public figure. As a media aide, you are expected to be smart, eloquent, tactful and diplomatic.

This is what is playing out somewhere in Aso Rock Villa. Dr. Doyin Okupe, Senior Special Assistant to President Jonathan on Public Affairs seems to be the man of the moment.

Doyin Okupe is not new to media aide job. During the premature third republic, Doyin Okupe served as Director of Publicity for the National Republican Convention (NRC), and was one of the Director of Communications for the Bashir Tofa Presidential Campaign Organization.

He was also a spokesman to former President Obasanjo, and was appointed in 2012 as Senior Special Assistant on Public Affairs to President Jonathan. One thing that distinguishes Dr. Okupe from other aides of Mr President is his constant use of social media to insult and incite assumed enemies of the government.

In June this year, Okupe took to his twitter handle to tweet that the revered former Minister of Education, Dr. Oby Ezekwesili, refused to exchange greetings with him at Heathrow Airport in London. In a follow up tweet, he launched a bitter diatribe against the former minister and leader of the Bring Back Our Girls Group, describing her as “unfit for leadership and an opportunist who profits from National tragedy”.

Dr. Oby Ezekwesili is well known for her outstanding achievement globally. It was her performance records and her incorruptible qualities in Obasanjo's administration that earned her an invitation to World Bank to take up the job of Vice president, Operations for the African region in March 2007 – 2012.

Dr. Okupe cannot match Dr. Ezekwesili's credibility. She profits from national tragedy because Okupe's government choosed to be insensitive to the worsening security situation in our country.

Doyin Okupe, in September, after several calls to honour the late Dr. Mrs Adadevoh, of the First Consultant Hospital in Lagos, who sacrificed her life to curb the spread of Ebola in the country wrote on his twitter handle that “by laws establishing its national honours it cannot be given post humously”. This again led to public outrage and condemnation.

Okupe and Abati's gaffes are beyond reproach and on several occasions, the duo has been severely reprimanded by Nigerians for their unprofessional conduct in defending President Jonathan.

Okupe was quick to describe General Muhammadu Buhari as a serial failure who has no leadership qualities or any new thing to offer Nigerians. Is Okupe afraid of General Buhari's declaration to contest the Presidential election on the platform of the All Progressives Congress (APC)?

Okupe has lost touch with history. If one may ask, what is Okupe's measurement of failure? Doyin Okupe contested for the People's Democratic Party (PDP) governorship ticket in Ogun state in 2003 but lost to Gbenga Daniel.

What makes you a failure is not how many times you failed; you become a failure when you quitrying.

General Buhari has tried three times to get to the Presidency and he has not given up. Doyin Okupe tried once to be governor, failed woefully and gave up.

Between Okupe and Buhari who is a serial failure?
Joe Onwukeme
[email protected]
Follow me on twitter @unjoeratedjoe