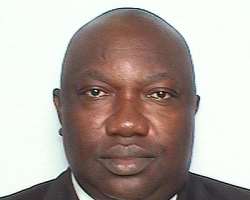 The Peoples Democratic Party (PDP) candidate for the governorship elections in Enugu State, Hon. Ifeanyi Ugwuanyi, has collected the nomination forms ahead of the state primaries slated for November 29, THE CITIZEN can confirm.

Ugwuanyi's formal expression of interest is coming on the heels of the unanimous endorsement of his candidacy in September by the Enugu State chapter of the PDP.

The PDP in the State had last year formally zoned the governorship ticket to Nsukka zone in the spirit of fairness, equity and justice since the Enugu East and Enugu West had produced governors from 1999 to 2015; Chimaraoke Nnamani hails from Nkanu in Enugu East, while Sullivan Chime hails from Udi in Enugu West.

Hon. Ugwuanyi, who is representing Igboeze North/Udenu Federal Constituency, is the present Chairman of the House of Representatives Committee on Marine Transport.

No fewer than 10 frontline governorship aspirants from Nsukka zone had pulled out of the gubernatorial race preferring Ugwuanyi as the candidate with the capacity to uniting the various feuding factions in the state. The aspirants who stepped down for Hon. Ugwuanyi include, Chairman of the PDP in the State, Engr. Vita Abba; a former Deputy Governor of the state, Chief Okechukwu Itanyi; Speaker Enugu House of Assembly, Hon. Eugene Odoh; Hon. Pat Asadu, Prince Mathew Agu, Amb. Fidel Ayogu, Prof. Osita Ogbu, Chief Ikeje Asogwa, Prof. Simon Ortuanya and Dan Onyishi.

Since his endorsement has continued to receive further validations from different stakeholders.

A recent landmark stakeholders' meeting which was attended by at least 90 notable chieftains of the party including members of the party's working committee, Board of Trustees, commissioners, national and state lawmakers, elders, council chairmen and their deputies from the zone 'unanimously and overwhelmingly' validated Ugwuanyi's gubernatorial aspirations.

A former governor of Enugu State and former National Chairman of PDP, Dr. Okwy Nwodo, stated that 'the emergence of Ugwuanyi is a political masterstroke by Enugu North leaders, who have successfully warded off political invaders keen on taking away the position zoned to us by the state PDP.''

In his own remarks, the Associate Professor of Physics at Ebonyi State University, Abakiliki, , and a member of Enugu State Unity Forum, Dr. Mishark Nnabuchi, said that ''Ugwuanyi's choice will serve as lesson and inspiration to emerging politicians in the state that loyalty and obedience pays.'

Recently, a group under the aegis of former Local Government Chairmen in Enugu State also gave its support to the candidacy of Hon. Ifeanyi Ugwuanyi, for the 2015 governorship election in the state.

Speaking at an interactive forum organised by the group in Enugu, Mr. Frank Anioma, former local government chairman of Nkanu East LG under the PDP, spoke of the humility and party allegiance exhibited by Ugwuanyi 15 years ago when he was asked to surrender his mandate for another candidate after he (Ugwuanyi) had won the party primaries for Udenu LG.

He added that their support was hinged on the premise that 'Ugwuanyi is one man that is very popular in the state and beyond.

Speaking on the mediating potentials of Ugwuanyi's candidacy, Uche Ezechukwu, an international journalist and renowned newspaper columnist stated that ''Hon. Ugwuanyi, with his experience and kind disposition, has the capacity to expand the frontiers of peace and development in Enugu State, as started by Governor Sullivan Chime.''

'Let me now recur to the story of how Hon. Ifeanyi Ugwuanyi, the man many like to call Gburugburu, was chosen from among the plethora of aspirants, numbering over 13 from the zone, jostling for the candidature of the party in the coming elections and his interesting adoption as the consensus candidate by the same aspirants. What are the compelling qualities that made Hon. Ugwuanyi the man of the people? Why is everybody, both young and old, gravitating towards him?', he added.

Meanwhile, the Nsukka Professionals Group (NPG) in a recent statement, also extolled the emergence of Ugwuanyi as the consensus candidate for the 2015 Governorship elections.

The President of the group, Dr. Basil Onugu and Secretary, Barr. Otoboeze Chikwado, noted that Hon. Ugwuanyi emerged as the consensus candidate of his party 'because of his sterling qualities that earned him the confidence, trust and respect of both the stakeholders and his fellow aspirants.'

According the group, 'there is no iota of doubt that Hon. Ugwuanyi is eminently qualified, competent, and has the right compliment of skills set necessary to, not only sustain but, also advance Gov. Chime's enviable legacies to the next level. Hon. Ugwuanyi is not only an epitome of peace but also large-hearted and quite accommodating to the weak and mighty alike. He is a team player of choice.'

It could be recalled that as well as being the Chairman of the House of Representatives Committee on Maritime Transport, Hon. Ugwuanyi is also a member of House Committee on Defence, Population, Privatization and Commercialization, Science & Technology, States & Local Government Affairs.