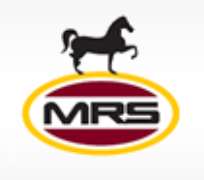 MRS Oil is expected to make further progress this year towards returning to its previous profit highs but low profit margin is prolonging the recovery journey. At the peak of its performance in 2010, the company converted 2.5% of its revenue into profit. This year, profit margin is failing to improve from 0.7% with which the company closed last year's operations, the lowest among petroleum marketers.

Mr. Paul Bissohong, the company's managing director/chief executive officer, has a limited space to drive the recovery process this year. His only option is to keep growing sales revenue, which he has been doing in the past two years. The challenge is that revenue growth isn't expected to be that strong and therefore cannot provide the momentum that Bissohong needs to achieve full recovery and resume growth.

Sales revenue improved marginally by 2.4% to N47.16 billion year-on-year at the end of the second quarter. Revenue growth is weakened by a decline of 4.4% in the sales of premium motor spirit, which accounts for about 71% of the company's turnover. Based on the second quarter growth rate, sales revenue is projected at N95.7 billion for MRS Oil in 2014.

The revenue anticipated for the year will represent an increase of 9.1% over the turnover figure of N87.74 billion the company posted in 2013. This means the company is expected to sustain revenue growth for the third year running though growth is expected to keep decelerating from 11.5% in 2012 and 10.1% in 2013. Slow growth in sales revenue is the general trend in the petroleum marketing group this year.

MRS Oil grew after tax profit by 64% to N315 million year-on-year at the end of the second quarter. It is expected to close the year with an after tax profit in the region of N640 million, which will be a marginal increase over the full year profit of N630 million the company reported last year. Profit growth could be stronger than projected if the accelerated growth recorded in the second half of last year is repeated this year.

There was a slight moderation in cost of sales during the review period, which permitted an increase of 6.5% in gross profit at N2.94 billion. This was reinforced by a rise of 61.3% in other income to N434 million and a drop of 25.2% in selling and distribution expenses. Administrative expenses claimed an increased proportion of sales revenue during the period. Despite that, the company still grew operating profit by 45.5% to N608 million.

Another favourable event is a growth of 202% in interest income to about N154 million, which caused a drop of 10.6% in net finance costs at the end of the second quarter. An increase of 131% in tax provision finally lowered the growth of the bottom line.

Major developments in the balance sheet from the end of last year's position include a drop of 34.7% in cash and bank balances to N8.57 billion, an increase of about 45% in loans and receivables to N1.41 billion and a 24% growth in inventories to N9.58 billion. The company's short-term borrowings also went down by 8.6% to N14.46 billion over the same period.