Igho Sanomi Tops Ranking Of The 100 Economic Leaders Of Tomorrow 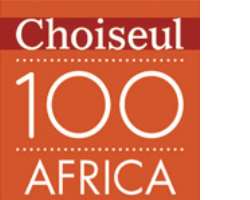 The world renowned Choiseul Institute for international politics and geo-economics has just released its ranking of the top 100 young economic leaders of Africa. The annual independent study 'Choiseul Africa 100' by the Parisian institution, takes into account the economic leaders of Africa, up to the maximum age of 40, who will play a major role in economic development in the African continent in the near future.

The ranking is the result of work conducted over several months, which appealed to many experts and specialists on the continent, the result of which ranked Mr. Igho Sanomi, CEO of Taleveras Group at the top of the league table.


The full list includes successful business leaders, entrepreneurs, investors and drivers of innovative projects on the African Continent. They embody the dynamism and renewal of a whole continent and carry the hopes of an entire generation.


In classifying the selected profiles, the independent research centre weighted several criteria including: the image and the reputation; background and skills; power and function; influence and networks; potential and leadership. The sum of points obtained in the different categories of criteria determined the final standings. Overall Nigeria, Kenya, Morocco, South Africa and Cameroon were the most represented countries in the ranking.


Mr. Sanomi on being informed of this prestigious accolade said:


Visit the Choiseul Institute for the full ranking table: http://choiseul.info/site/wp-content/uploads/2014/09/Choiseul-100-Africa-VF-BD1.pdf

Igho Charles Sanomi II is the young, dynamic founder and Chief Executive Officer of the Taleveras Group, an internationally recognized energy and power conglomerate with offices in London, Geneva, Cape Town, Dubai, the Ivory Coast, Abuja and Lagos. He also acts as Chairman or Co-chair on the boards of companies with interests as diverse as construction, telecommunications, shipping, aviation and real estate.