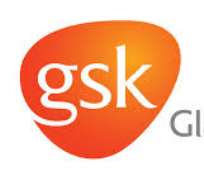 Lagos, Nigeria; August 25, 2014: GlaxoSmithKline (GSK) has announced that it will freeze the prices of its vaccines for five years for developing countries that graduate from GAVI Alliance support. By committing to offer GAVI Alliance prices for vaccines against pneumonia, diarrhoea and cervical cancer, GSK will support developing country governments as they transition to financing the full cost of their local vaccination programmes.

Since its formation in 2000, the GAVI Alliance has helped to fund the immunisation of 440 million children in some of the worlds poorest countries. GSK is a long-standing partner of the Alliance and reserves its lowest prices for GAVI-eligible countries, which can be as low as one-tenth of prices in developed countries.

Speaking at a European Commission/GAVI Alliance event in Brussels, Sir Andrew Witty, CEO of GSK paid tribute to the GAVI Alliance leadership and its partners including governments, donors, charities and vaccine manufacturers which together have enabled millions of children in the worlds poorest countries to receive innovative, life-saving vaccines.

Sir Andrew Witty said: The achievements of the GAVI Alliance are remarkable with 6 million lives saved since its formation in 2000. Successful vaccination programmes have no doubt also helped countries to develop in this time. For countries that are doing well and are moving out of GAVI, Im pleased that we are able to offer governments a price freeze to help ensure that children continue to be protected by national immunisation programmes. At the same time, GSK remains fully committed to supporting GAVI to expand and accelerate access to vaccines for children in the countries that still require the support of the Alliance.

By 2020, 22 countries including Nigeria with growing economies will graduate from GAVI support. This process allows GAVI to focus resources on the poorest countries, while enabling governments to take increasing responsibility and ownership for vaccination programmes over time. GSK is the first company to commit to maintaining lowest prices for five years as countries take this step, enabling governments to plan for financing the full cost of their immunisation programmes.

Sustainability is a central pillar in the long-term success of GAVI Alliance-supported vaccine programmes, said Dr Seth Berkley, CEO of the GAVI Alliance. GSK is taking strong steps towards supporting developing countries whose growing economies mean they are no longer eligible for Alliance support and is leading the way in longer-term access to low prices for rotavirus, pneumococcal and human papillomavirus vaccines for these countries.

GSK is one of the largest contributors of vaccines to the GAVI Alliance, supplying innovative vaccines, such as those for rotavirus, pneumococcal disease and cervical cancer, at significantly reduced prices to help accelerate access in developing countries. GSK has committed to provide more than 850 million vaccine doses that will help protect up to 300 million children and young girls in the developing world by 2024. GSK delivers over 2 million vaccines each day; over a year, 80% of our vaccine doses go to developing countries.

The Nigeria government plans a roll out of pneumococcal, inactivated polio and rotavirus vaccines into expanded programme on immunisation in the next two years.

GSK vaccines are included in immunisation campaigns in 170 countries worldwide. In 2013, GSK delivered 862 million vaccine doses, over 80% of them for use in developing countries.

In July 2013, GSK committed to provide an additional 240 million doses of Synflorix to the GAVI Alliance for use in developing countries over the next ten years, helping protect up to 80 million more children from pneumococcal diseases such as meningitis and pneumonia. This is in addition to the 480 million doses of the vaccine that GSK has already committed to GAVI through the Advance Market Commitment framework.

GSK has committed 132 million doses of Rotarix, helping protect 60 million children against rotavirus. It is estimated that more than half a million children worldwide die of rotavirus gastroenteritis each year the equivalent of one child per minute.1

GSK has made a commitment to GAVI to supply Cervarix as part of a long term programme to help protect girls against cervical cancer, which is a significant problem in developing countries.

GSK has been a provider of oral polio vaccines to UNICEF for 50 years, contributing nearly 16 billion doses since the establishment of the Global Polio Eradication Initiative in 1988.