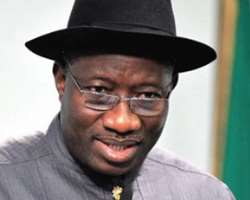 Some delegates at the 2014 just-concluded National Conference on Thursday in Abuja urged President Goodluck Jonathan to muster the political will to implement the conference report.

The delegates said in separate interviews that the recommendations, if implemented, could bring immediate solutions to some of the problems confronting the country.

They said that just as the president found it expedient to convoke the conference, he should have the will to implement its recommendations.

One of the delegates, Chief Richard Akinjide (SAN), said the conference was one of the best he had attended.

“I was in the Law of the Sea Convention, which was the biggest convention sponsored by the United Nations and I signed that convention and the final outcome on behalf of Nigeria.

“The convention was very good but I will say this conference also is very good,” Akinjide, 92, and one of the oldest delegate at the conference, said.

The second republic Minister of Justice and Attorney-General of the Federation, who represented Elder Statesmen at the conference, expressed great hope that the recommendations would be well-received.

“I also indulge in the belief that a lot of the recommendations would be accepted because it is a very good report.

“I have read every page of the report and I am proud of it.

“The President should respect our report and he should seek excellent advice. The National Assembly, if they have any role to play, should be honourable and do the right thing.

“If it goes through referendum, Nigerians should support it, vote for it and accept that we have done a very good report. They should know that it is a noble service we have rendered,” he said.

Another delegate, Yandoma Mandara, representative of the youth, said the conference took far-reaching decisions, especially for the political processes and the youth.

Mandara, 23, who was the youngest among the 492 delegates at the conference, said that the recommendations, if implemented, would alleviate poverty, reduce youth unemployment and engender peace and foster unity.

She said that the was able to make the conference to recommend the reduction in the minimum age of an aspirant to a state House of Assembly from 30 years to 25 years.

“The conference also adopted 30 per cent affirmative action for young people in politics, which is a welcomed idea in political processes and policy making,” she said.

Mr Steve Aluko, who represented Civil Society Organisations (CSOs), said the best appraisal of the conference would be the implementation of its recommendations.

“The good thing is that if all the decisions are adequately and timely implemented, Nigeria has a better hope.

“With some of the recommendations, our youth have brighter future, our women will be protected, our system will be institutionalised and make functional and we will have a safe environment.

“Our human and mineral resources will also be adequately utilised in the best interest of the country and its people.

“What will really make this conference different from other conferences is when the government implements it.