Lebanese kidnapped by gunmen in Ibadan 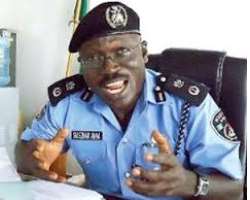 Lebanese kidnapped by gunmen in Ibadan
Listen to article

THE General Manager of Black Horse Industries Limited, Mr. S. Sakalawi, has been kidnapped by unknown gunmen in Ibadan, the Oyo State capital.

The Lebanese was seized and whisked away by three gunmen, who stormed the factory premises located along Old Lagos Road, Podo area of Ibadan at about 9:30p.m last Tuesday, according to reliable sources.

The gunmen, who stormed the factory in a silver coloured Honda Accord car, were said to have escaped security check by driving closely behind the car of a female member of staff as she drove into the compound.

Sakalawi, it was learnt, was also accidentally driving behind the abductors.

As the three cars entered the compound, the female staff was said to have started shouting at the security men for allowing the gunmen into the compound without insisting on knowing their identity and mission.

As soon as they sighted Sakalawi alighting from his car, the sources said that the gunmen pounced on him and bundled him into their car and drove off.