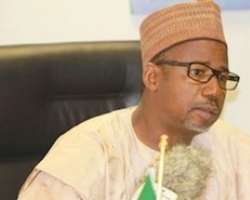 The Minister of Federal Capital Territory (FCT), Senator Bala Mohammed, on Tuesday said the nation had a housing deficit of 17 million.

The minister, represented by the Permanent Secretary, FCT, Mr Obinna Chukwu, said the FCT had 75 per cent of the deficit.

“The housing deficit in Nigeria is 17 million and Abuja has 75 per cent short of this; but with efforts of companies like AICL, the deficit can be bridged,” the minister said.

Mohammed described the projects as a land mark achievement. He commended staff and management of the company for living up to expectations and promoting the economic growth of the FCT.

The minister urged the company to always deliver its mandate on time to be able to bridge the housing deficit in Abuja.

“This land mark achievement by AICL is commendable and we urge them to continue to deliver in their mandate of delivering quality mass housing to Abuja residents,” he said.

The Chairman of the company, Mr Austin Okpara, said the company would operate as an international competitor in the FCT and beyond.

“What we have now is a re-invigorated AICL ready to do business and ready to deliver on our business and investment mandate, and what you are seeing here today is an indication of how prepared we are,” he said.

Okpara appealed to the Federal Capital Territory Administration (FCTA) to make land available to the company to enable them build more of such estates.

In his remarks, Dr Musa Musa, Group Managing Director of the company, said the project, which was initiated two years ago, was comparable to other housing estates in advanced countries.

“All can attest that few estates can compete with this estate in terms of construction, design and finishing,” he said.

Also speaking, Malam Yunusa Yakubu, Managing Director of Lubell Nigeria Limited, the project contractor, said the 49 units of different housing types marked the beginning of the execution of another project.

NAN reports that AICL is a business and investment holding firm incorporated in 1994 as a limited liability company. It is wholly owned by the FCTA with a mandate to facilitate business investment in the territory.