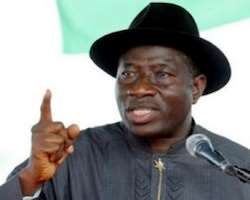 Following the threat posed by the Ebola Virus Disease, EVD, the Federal Government has issued an order stopping the conveyance of dead Nigerians, especially from infected countries from being brought into the country for burial.

Also the Federal Government is investigating the conveyance of deceased Nigerian from Liberia into the country last month to ascertain whether the deceased died of Ebola or not and to identify those who had contact with him if he died of Ebola.

This was disclosed by Professor Abdulsalami Nasidi, Director General, Nigeria Centre for Disease Control, NCDC, on Friday at a news conference on the update of the EVD, held at the Bagauda Kaltho Press Centre, Alausa, Ikeja, Lagos, Southwest Nigeria.

According to Nasidi, the federal government had issued a directive that no dead body should be brought into the country henceforth, especially from neighbouring infected countries in view of the rampaging Ebola outbreak in West Africa.

He said this order would be communicated to the affected countries through diplomatic corps.

He said a team of experts, including those from the World Health Organisation, WHO had been despatched to Anambra State to investigate whether the deceased died of Ebola.

“All the handler of the corpse brought into the country from Liberia will be registered and tracked. And those who accompanied the corpse to Anambra and the mortuary handlers are under quarantine in Anambra State. Our team in Anambra State will tomorrow give us the statistics of those who came in contact with the corpse,” he said.

“If the corpse in Anambra State tested positive, we have been given two options by the World Health Organisation. We can either cremate or buried. For corpses that would be buried, they will be placed in the bag and disinfect the bag and the grave must be two meters deep,” he added.

Nasidi added that so far, 70 contacts had been established to have come in contact with Mr. Patrick Sawyer, the Liberian who died of Ebola in Lagos recently, saying that the contacts were being monitored to see if they would develop Ebola-like symptom.

He disclosed that two of the contacts that were brought down with fever had been tested and found negative to Ebola infection, saying “but that does not mean that we will stop. We will continue to place them under observation until we are certified that they are free. They were part of the 70 established contacts. First, it was 59, it increased to 69 and yesterday (Thursday), we had another. And this increased the number to 70.”

“We treat the symptoms. If we say that there is no cure, the patients will not come to the hospital. There is no specific drug for Ebola virus. But we can use other drugs to save an infected person. On early intervention, three out four cases survive but if they come late, one out of four survive,” he said.

Also speaking at the news conference, Lagos Commissioner for Health, Dr. Jide Idris said the deceased body brought from Liberia was currently being investigated if the deceased died of Ebola, adding that as more information was received, “we will identify and monitor contacts and work with local health personnel.”

He said the government had stepped up measures to screen incoming passengers to Nigeria to identify any traveller with symptoms through airport, seaport and border crossing, saying that Nigeria must remain vigilant and strengthen surveillance in order to identify potential cases of EVD so that care be given both patients and their communities and protect the population.”

“An Ebola reporting system has been activated in order o facilitate early identification of suspected Ebola cases,” he said, adding that an Isolated Unit had been established in Lagos with one way flow until health worker is decontaminated.”