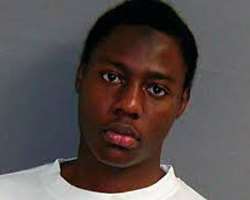 THE 2009 Christmas Day suicide attempt by Nigerian, Umar Farouk Abdulmutallab, who wore underpants bomb aboard a flight carrying nearly 300 people, failed  “because he wore same pair of underwear for two week,” the MailOnline has reported.

The paper quoted the Head of the Transportation Security Administration (TSA), John Pistole, as saying the bomb failed to detonate because of how long Abdulmutallab had been wearing the underwear.

Abdulmutallab was on a suicide mission when he attempted to detonate a bomb in his underpants as the plane, enroute from Amsterdam, approached Detroit, United States.

The explosives became “degraded” after he wore the same pair of underpants for two weeks, according to a U.S. official. But the bomb caused a brief fire that burned his groin.    He was sentenced to life without parole in February 2012 after he pleaded guilty to all charges on the second day of his trial the previous October.

Pistole told the Aspen Security Forum: “The bomber had had the device with him for over two weeks.”

Asked whether the bomb had become “damp,” he replied: “Let's say it was degraded.”

During his trial, Abdulmutallab said the bomb in his underwear was a “blessed weapon” to avenge poorly treated Muslims around the world.