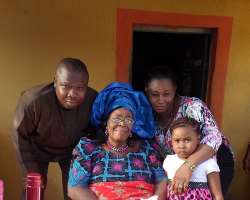 The spouse to the former Deputy Governor of Imo State, Engr. Chilaka Okwuonu, has assured that all returnees and new members who recently joined or rejoined the Peoples Democratic Party (PDP) would be given a level playing ground in the scheme of things.

Engr. Okwuonu gave this assurance while speaking during a recent general meeting of all PDP Executives, stakeholders and members of Ife/Akpodim/Chokoneze Ward at Central School Akpodim.

While receiving on behalf of the State Chairman of the PDP more than 75 persons who decamped from the All Peoples Congress (APC) and All Progressive Alliance (APGA) and declared for the PDP at the meeting, Engr. Okwuonu who is also the Apex leader of the party in the ward appreciated the vision, courage and forthrightness of the returnees and new members in pitching their tents in PDP saying that the party had been structured to accommodate as many members as possible.

Responding on behalf of the persons received at the event, Chief Gabriel Anyanwu, while expressing his happiness for the reception remarked that he and his contemporaries joined the PDP because the party had been the most organised political party in the state and the nation at large. He also promised that they would be loyal to the party and work hard for its success.

Some of the persons who registered with the party at the occasion include Nze L. C. Akanwa, Nze K. C. Akpunne, Mr. Francis Ahaiwe, Prince Ezenna Emeneogu and Mr. Ejike Nwosu.